If you like this, then please share!
History of Kefir, Kombucha, and Fermented Vegetables My Personal Christmas Story - That Changed Everything

Overeating During the Holidays? Cultured Foods Can Help

Did You Eat And Drink Too Much Over The Holidays? 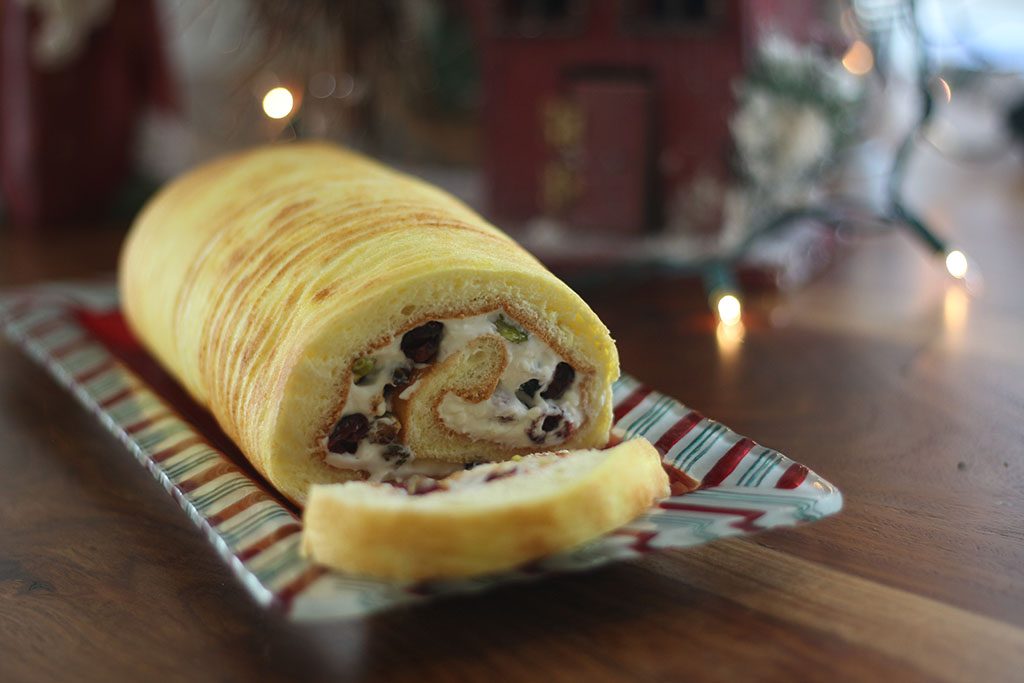 One of the most important things I've learned about health and wellness is that overeating can be just as stressful on your hardworking liver as drinking too much, but most people don’t know this. Overeating or having too much fatty food on your plate can make it difficult for the liver to function smoothly; this leads to a toxic build-up in the body, making you feel sluggish. The good news is that there are things you can do to make it easier on your liver and entire body.

You can still eat all your favorite foods,  but do yourself a favor and have a glass of kombucha or some cultured foods. Kombucha has the powerful ability to assist your liver in detoxification. Kombucha contains antioxidants that help fight molecules in the body that can damage cells. Researchers from India’s Jadavpur University have discovered that kombucha protects the liver’s cells against damage from toxicity.1
The researchers tested liver cells by exposing them to tertiary butyl hydroperoxide, a potent toxin that damages liver cells in a manner similar to other environmental toxins such as paracetamol and carbon tetrachloride. In the study, the toxin exposure caused the liver cells to die or become damaged – primarily from the cell membranes becoming damaged and porous.
However, those cells that were exposed to the toxin along with treatment with kombucha tea avoided much of this damage from the toxin exposure as their protective cell membrane integrity increased. The kombucha-treated liver cells had significantly less damage - the kombucha protected the cells from damage from the toxin’s free radical oxidation.

I have seen kombucha be of assistance after too much alcohol consumption. I don’t really drink but many of our friends did. We used to spend our weekends on our boat at the Lake of the Ozarks and most of the people on the dock would drink all weekend. I remember telling them about kombucha and before too long many of them were making it and drinking it. One friend said that after the weekend was over and he drank too much he would start drinking kombucha and his body would start detoxing him. The drinking would have added a lot of water weight on him. (Water protects your organs from damage and is why you may retain a lot of fluids when you drink or eat too much.) Then, he would start drinking kombucha and urinate like crazy losing all the extra water weight. But if he didn’t have kombucha he wouldn’t do this. He would stay inflamed and carry around the extra water weight making him feel sluggish and pretty horrible. Now, this isn’t a license to drink too much; but if you do, at least drink a kombucha and help your liver do its job.

Cultured veggies and kefir with its 50+ probiotic strains can help too. Remember, 50% of your body's detoxification occurs in your gut. It will make you feel better and your body will be grateful for the extra help.
I love my microbes and all they do for me. Not a week goes by that I don’t discover something new that my 100 trillion microbes are doing just for me. I used to think that my liver was mostly responsible for filtering and removing compounds from within my body including hundreds of toxic chemicals and extra hormones (such as estrogen) that can damage cells and weaken my immune system, but this is only half of the story. The bacteria in your gut are responsible for 50% of the detoxification that your body undergoes, but if you don’t have the right microbes, and a lot of them, they can’t do their job.

So, how do bacteria detoxify you? It’s a very cool thing and something that everybody needs to understand so they can harness the information and use it. 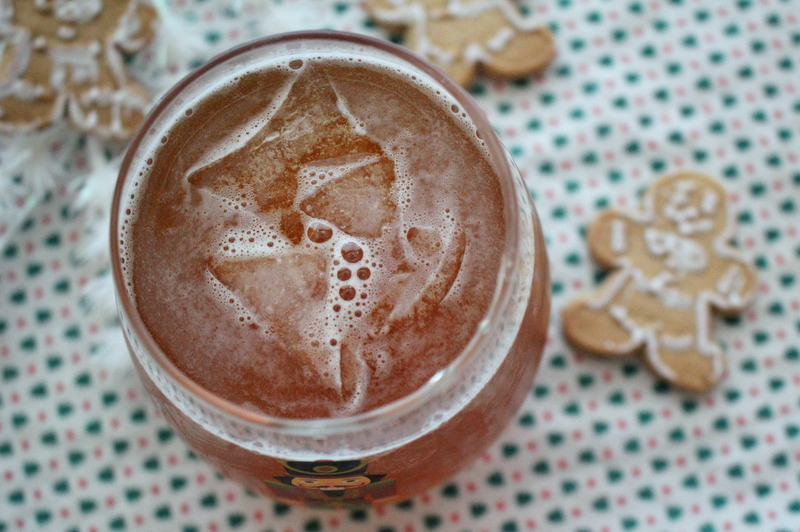 The chemical Bisphenol A (BPA)  is found in plastics, paper money, and thermal printer receipts. BPA is a powerful endocrine disruptor and has been linked to forty different diseases. But interestingly, animal research has shown that the proper bacteria in your gut can help detoxify this chemical by reducing the intestinal absorption of BPA and speeding it out of your body.2 What's really exciting is that many of the strains of bacteria you need are found in cultured foods. Eat them, and they become a part of you! 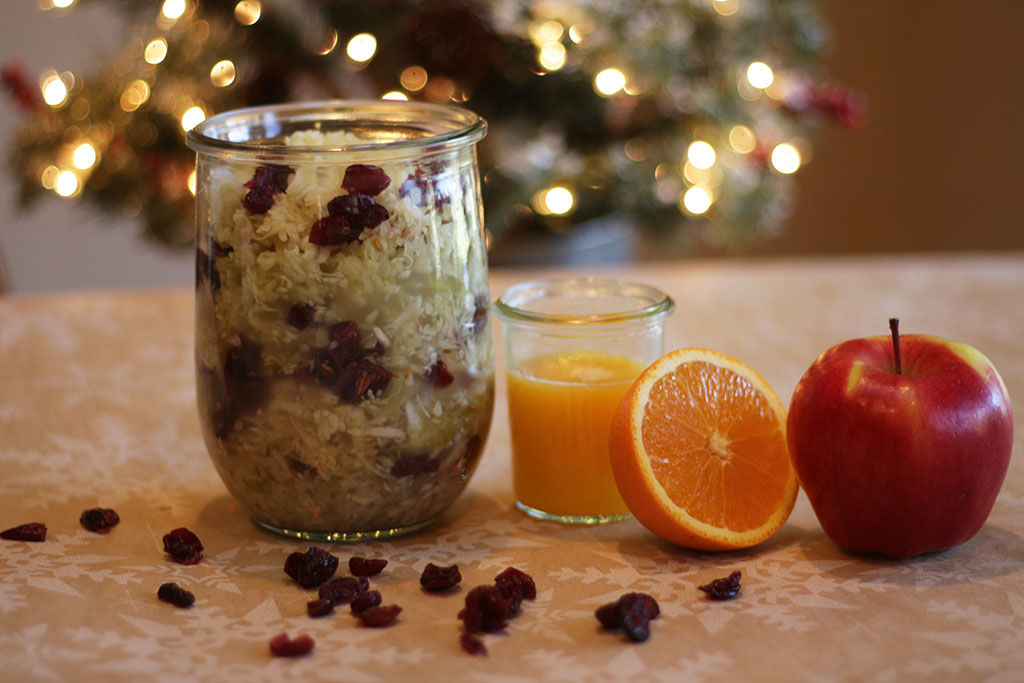 When you make cultured vegetables, specific strains of bacteria go to work that have been shown to degrade many different pesticides in your vegetables such as chlorpyrifos, coumaphos, diazinon, methyl parathion, and parathion. They do this while fermenting on your counter, and the pesticides will be degraded by 83.3 percent in as little as three days. Give it a few more days and they remove them completely. 3 The really cool part is that these microbes actually use these hard-to-break-down chemicals as sources of carbon and phosphorous food! 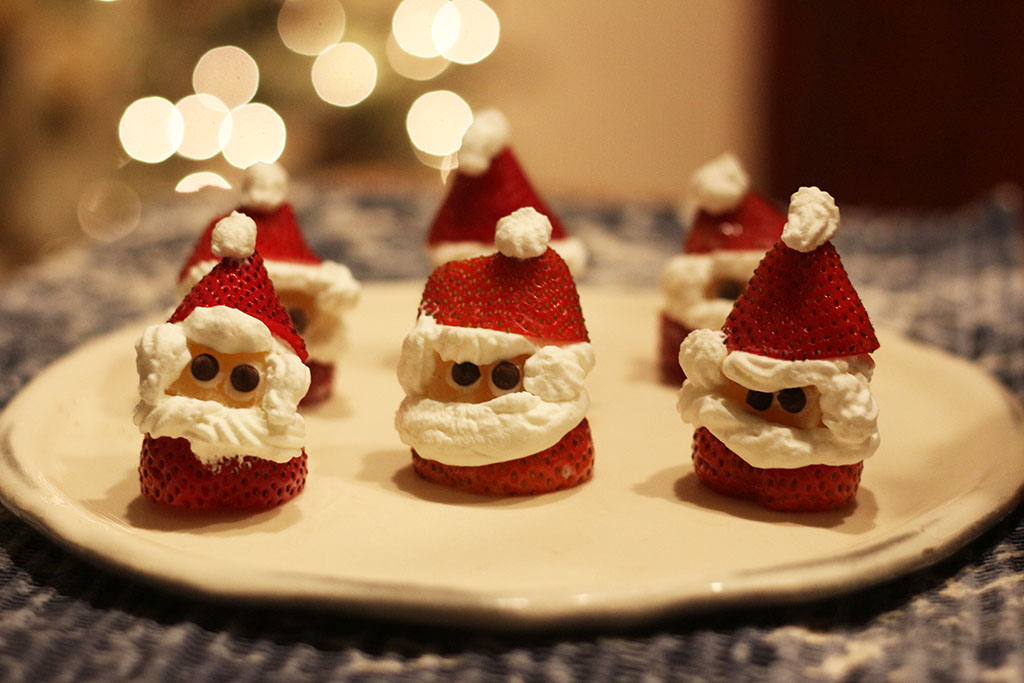 The chemical sodium nitrate is used as a food preservative in cured meats because it contains powerful anti-microbial properties which prevent food spoilage, but it is also used in fertilizer, explosives, rocket fuel, and for enamels made for pottery or glass. Sadly, it's even found in organic food. We can't seem to hide from it and it's been linked to a variety of chronic degenerative diseases, including cancer. However, Mr. lactobacillus and his many friends are capable of breaking down this toxic chemical 3  as well as breaking down heavy metals 5 and heterocylic amines 6 which are compounds formed when meat is cooked at high temperatures.

Probiotics found in so many cultured foods, and even in my sourdough bread, possess the ability to reduce the toxicity of foods and help me assimilate many foods I otherwise would struggle to digest. Just as they call in special forces of microbes to degrade and remove oil spills in the ocean, our microbes will do the same inside of you and me. But you have to take care of them and feed them, then watch them grow in strength and numbers to do their jobs. We have just scratched the surface of all they can do, but I encourage you to make some cultured vegetables and keep them on hand. I hope you make kefir daily, and as you drink it you’ll feel the wonderful improvement you’re bringing to your microbiome. If you consume bread, make it sourdough that has the help of lactobacillus microbes to transform it. And last, but not least, have some kombucha when you’re feeling you need a pick-me-up. Let them do the work for you and you just take care of them. You’ll start speaking of yourself in third person . . . “Would Donna’s microbes like this cultured food? I think they would – time to eat!”

This is the year that the holidays are going to make you healthy. Add some probiotic foods to your meals and everything you eat with them will be digested easier, availing you of more nutrients as the powerful microbes assist you in everything you eat. These foods are fun to make and delicious. Make it a habit of having one probiotic food with each holiday meal and watch how much better it makes you feel.

Check out all the recipes we have!

Do you overeat on Thanksgiving and Christmas? Overeating is as stressful to the liver as drinking too much alcohol. But there are ways to help your liver and your body, and also get more nutrients from your food. I'll share what I do and the foods we eat and drink. Let this be the year that Thanksgiving makes you healthy! 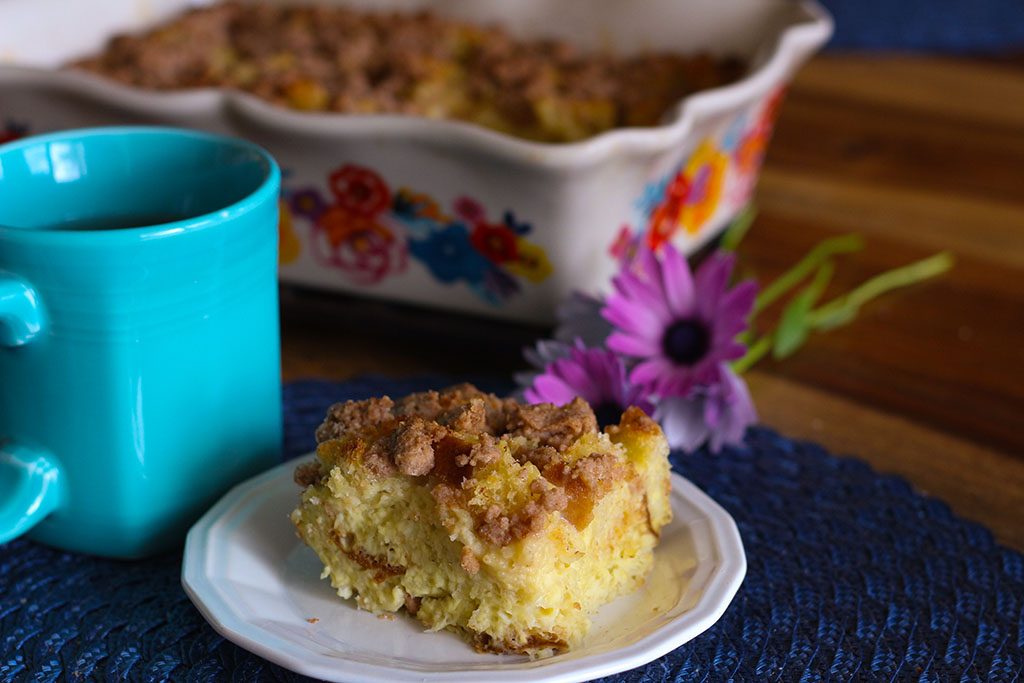 Baked Sourdough French Toast
The recipe is made with leftover sourdough bread. You can make it the night before […] 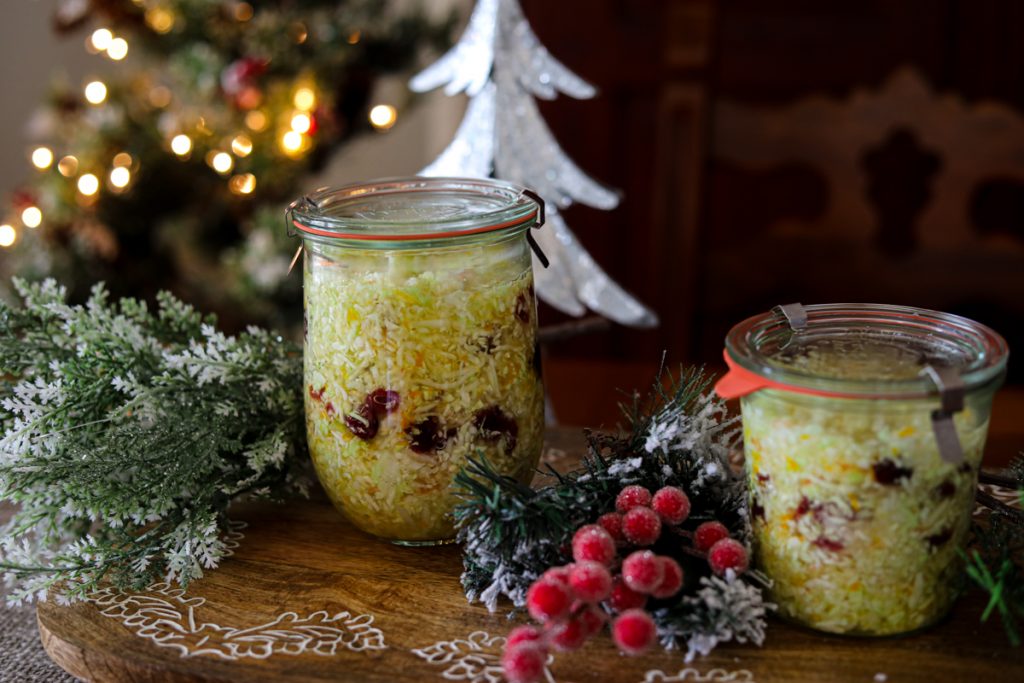 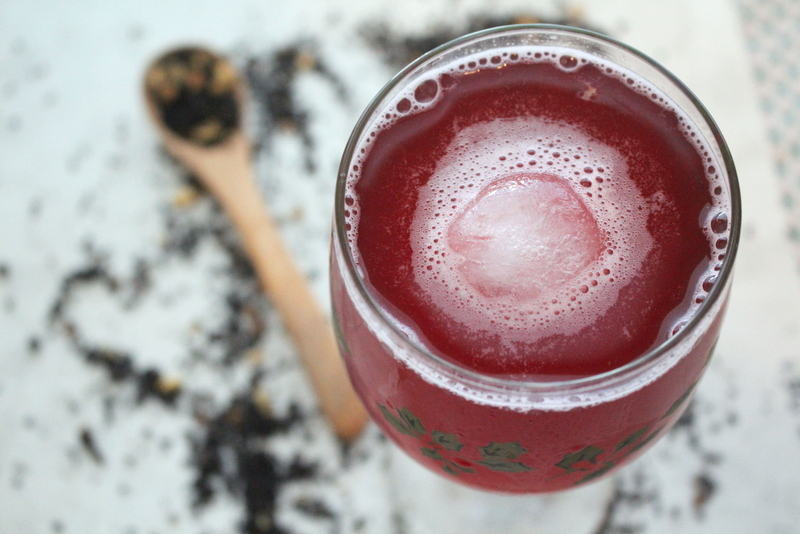 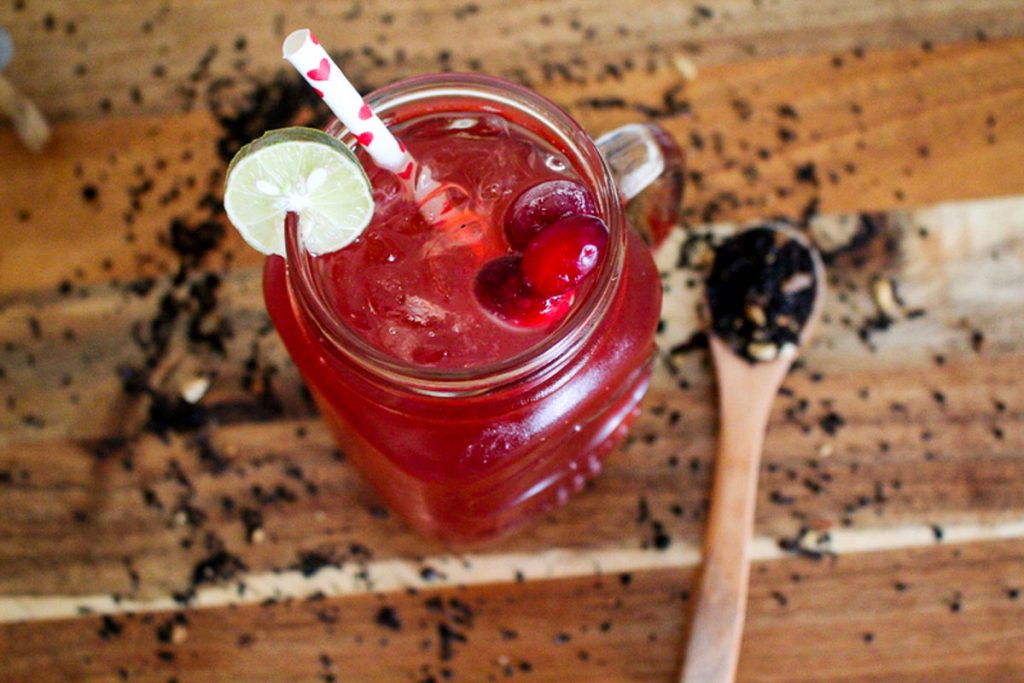 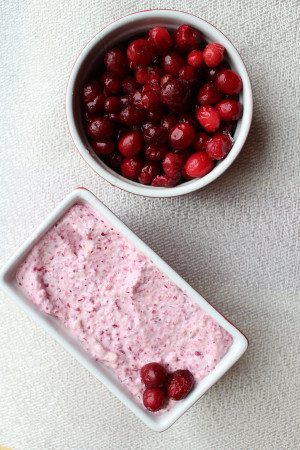 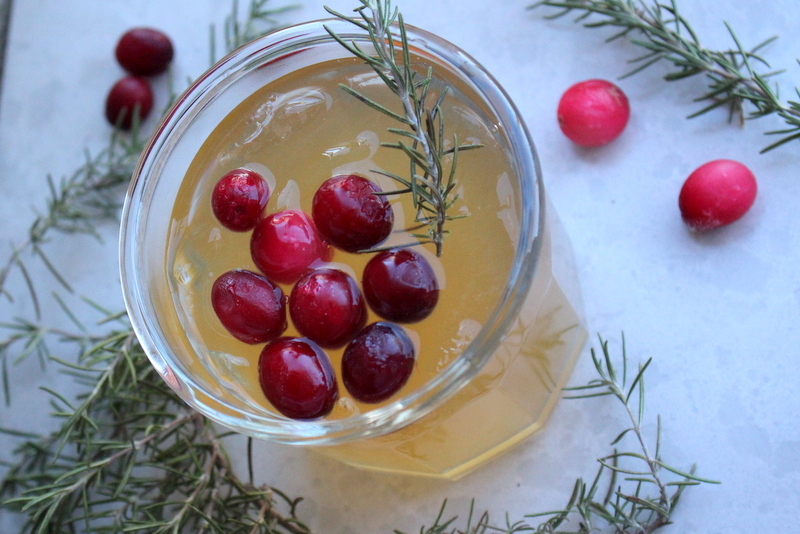 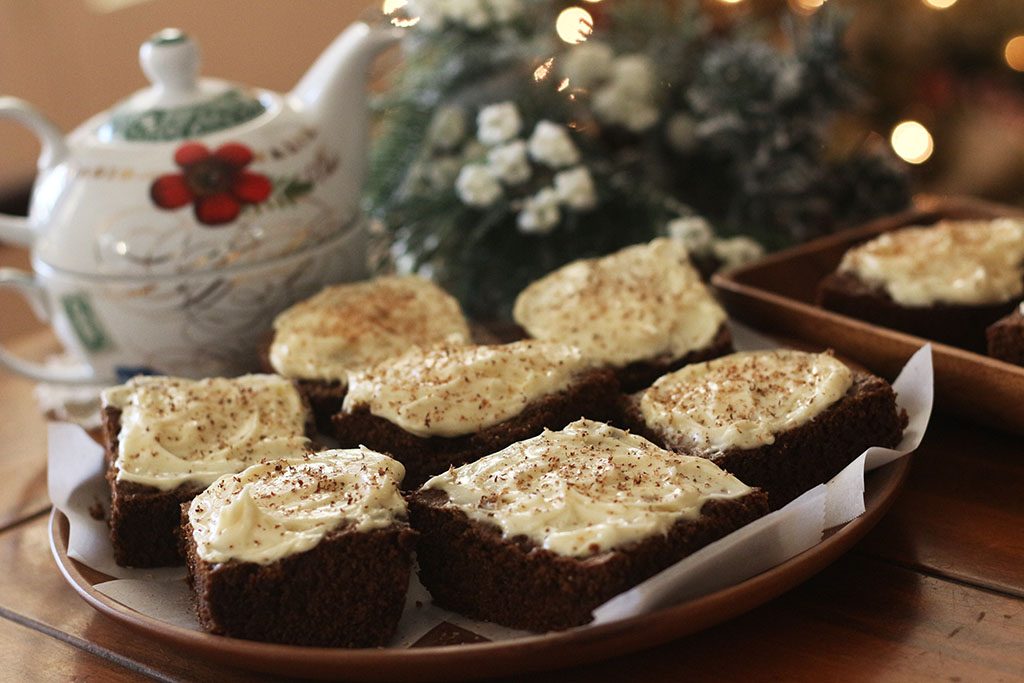 Gingerbread Bars with Kefir Frosting
Molasses gives these bars their rich flavor. Molasses is a rich source of nutrients, and […] 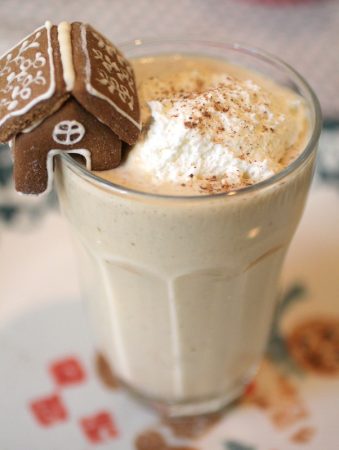 Gingerbread Kombucha
The unique gingerbread taste in this kombucha comes from molasse. There are many types of […] 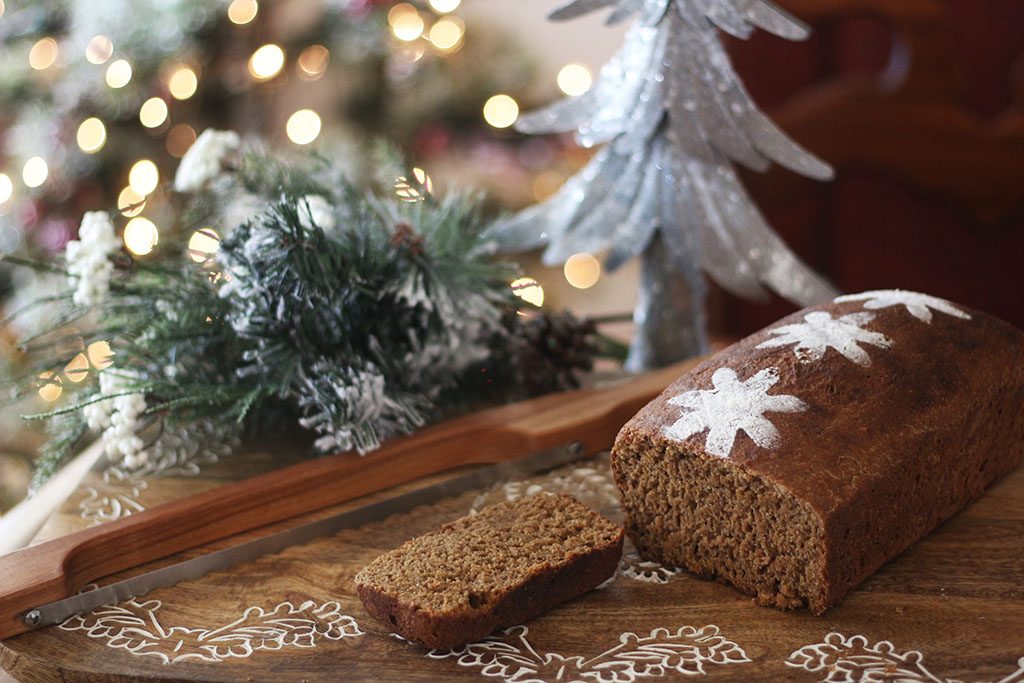 Gingerbread Sourdough
Sourdough bread is super yummy with all the flavors of gingerbread. Have a slice for […] 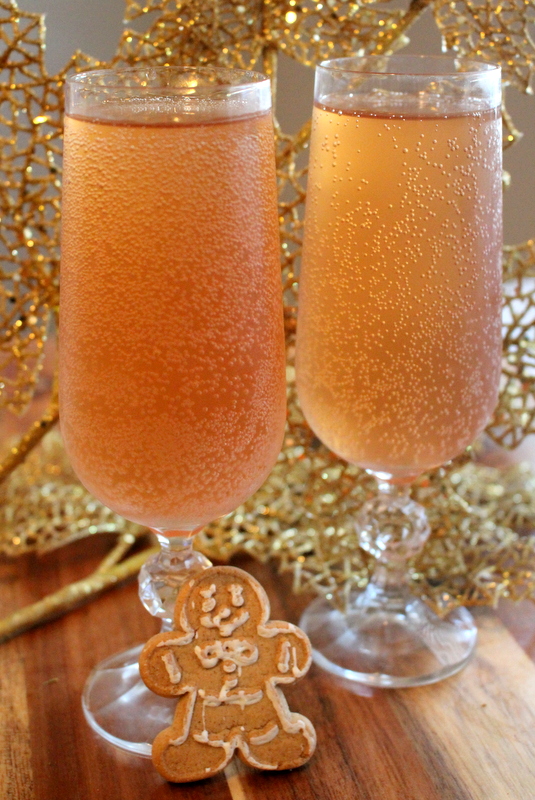 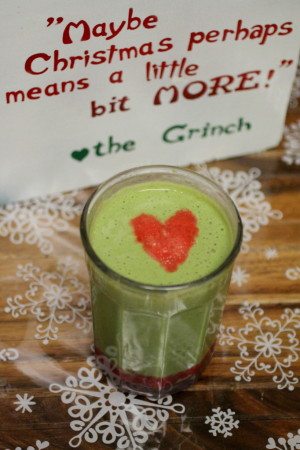 Grinchy Kefir Smoothie
Spirulina is optional in this smoothie, but it has many benefits. It's considered a superfood […] 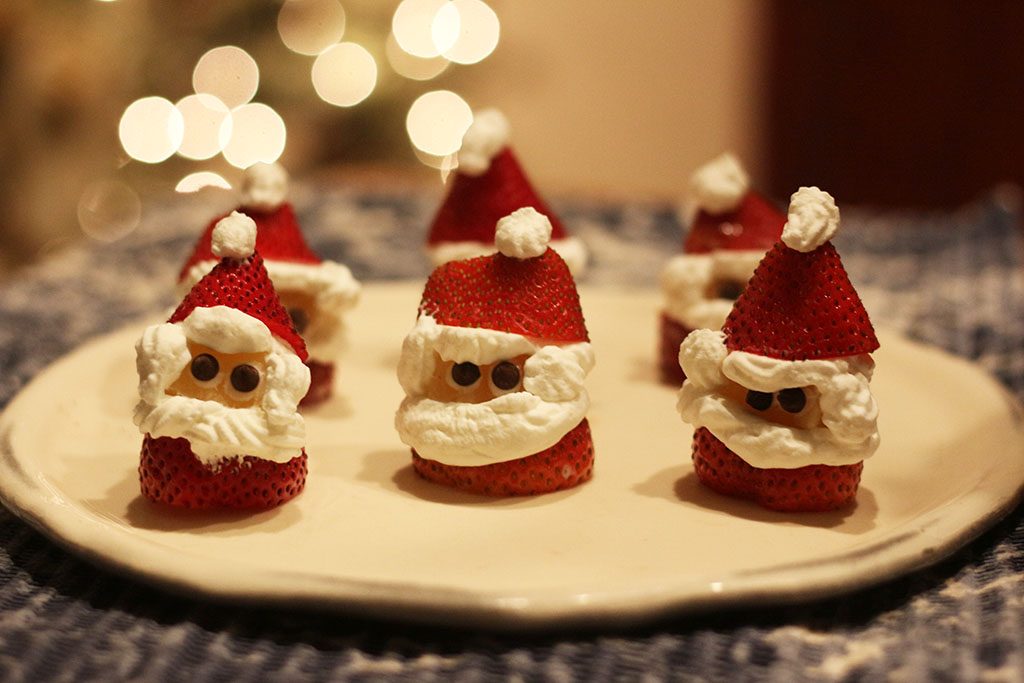 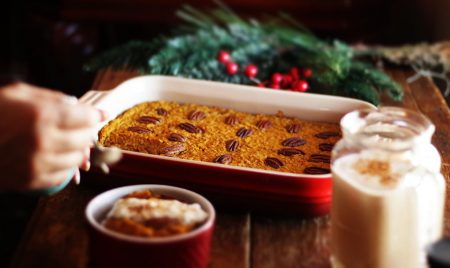 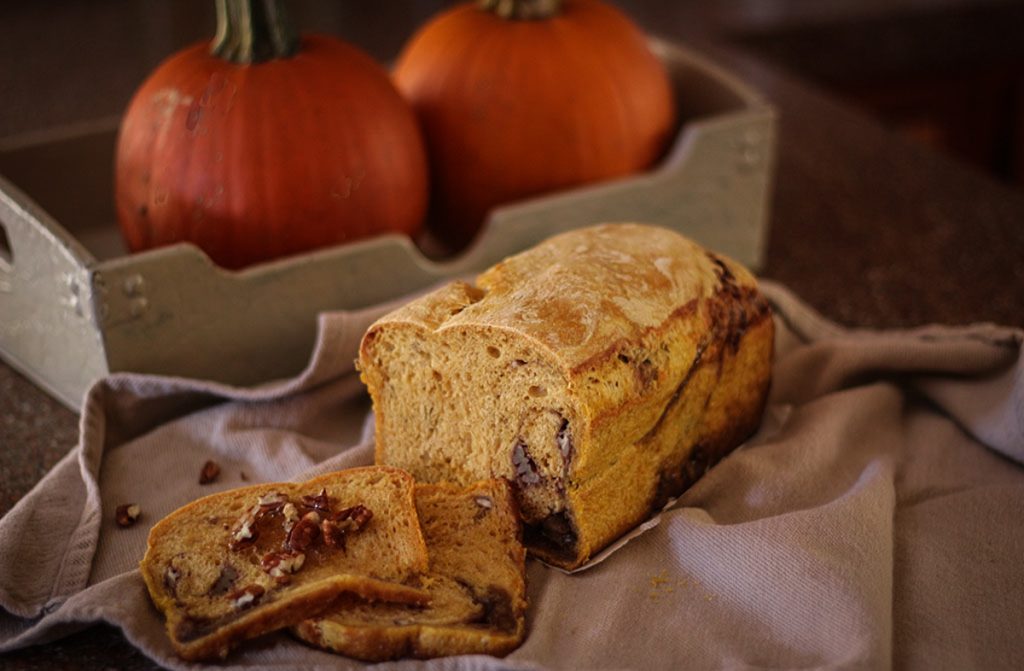 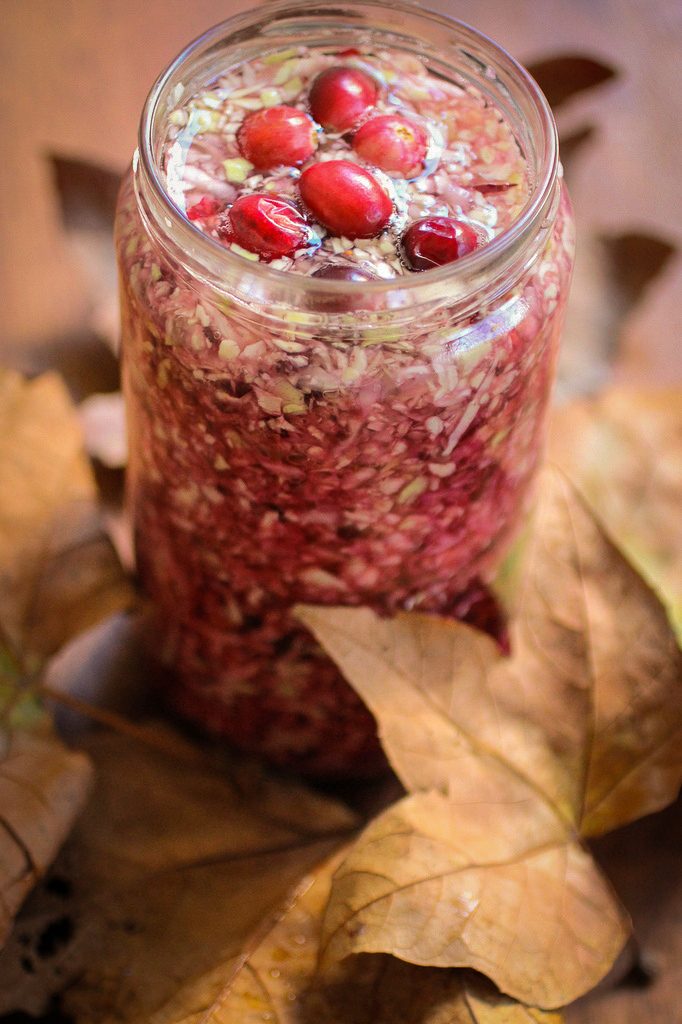 If you like this, then please share!
Posted in Health and Wellness
History of Kefir, Kombucha, and Fermented Vegetables My Personal Christmas Story - That Changed Everything