If you like this, then please share!
43 Ways to Use Kefir Cheese Microbes That Change Your Home in 24 Hours

Living Longer on Yogurt and Kefir

I love to eat and make kefir as well as yogurt. Lately, I've had yogurt turn my world upside down. I love kefir with every fiber of my being and have it every day, but there were bacterial strains that kefir didn't have that I wanted. Bifidobacteria is a strain that I think we need in abundance that isn't in kefir, but what's interesting is kefir helps to feed this strain if you have it. I now have yogurt that has this strain in it. I've made gallons of yogurt but did not expect to experience the wonderful effects of yogurt that I am now experiencing. Let's talk about this strain and why it's so important. 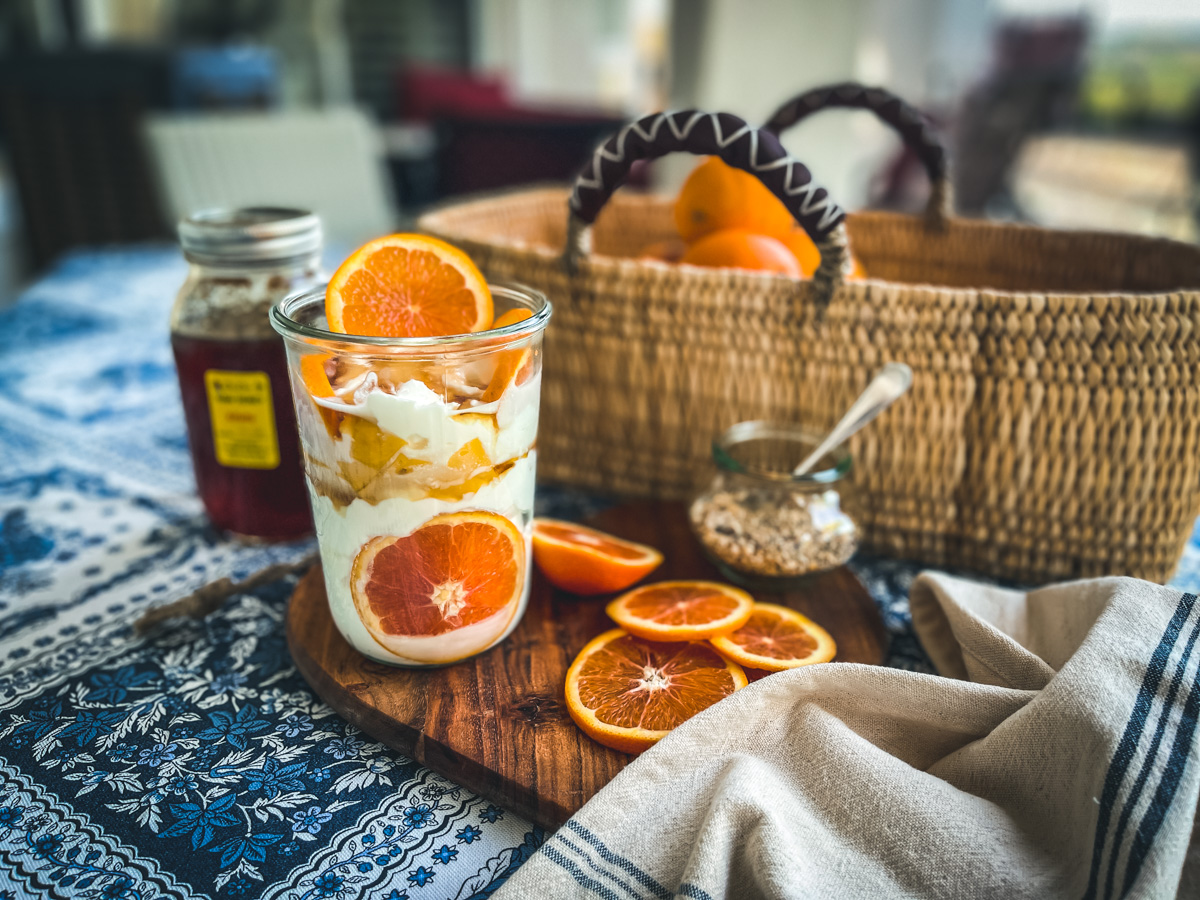 Bifidobacteria have long been regarded as one of the most beneficial members of the human gut microbiome. Lower levels of this beneficial bacteria have been shown in obese and diabetic individuals and in individuals taking antibiotics. Also, those suffering from irritable bowel syndrome or inflammatory bowel disease have shown lower levels of bifidobacteria as well. [1]The easiest way to get more bifidobacteria is to take Human milk oligosaccharides (HMOs) for a short period of time and then switch to foods that feed it and keep it strong. You can supplement with HMOs from time to time, but paying attention to this species in your gut is very important.

Human milk oligosaccharides (HMOs) are specific carbohydrates and essentially a super prebiotic occurring naturally in mother's milk. Layer Origin actually makes HMOs through precise fermentation and bio-identical HMOs that deliver all the benefits without any actual human milk in the product.

When you consume HMOs  they promote the growth of powerful probiotics in the gut like Bifidobacterium and Akkermansia muciniphila which help heal, seal, and protect the gut lining. Once you are done taking HMOs for about a month you'll have a good base. Then you need to feed this powerful bacteria the food it loves; and when you do, it starts to feed other bacteria and it keeps you energetic with a robust immune system that thrives as you grow older. Bifidobacterium is at a level of 95% when you are born and can be as low as 5% as you get older. You want lots of Bifidobacterium - it's important.

Certain foods feed bifidobacteria such as fruits (especially berries), kefir, [2] yogurts that contain bifidobacterium, and many vegetables. This felt so important to me that I actually developed a new yogurt called Yogurt Plus with bifidobacteria and other species that is so good and very easy to make. It only takes about 6-8 hours to make and you'll love the taste knowing that it's feeding your microbes that need to grow and multiply.

I stress often that supplementation in pill form doesn't work very well and can often end up in parts of the body where they don't belong, so it's not a good idea to supplement with bifidobacterium pills. Prebiotics and probiotic foods are the way to go since the body doesn't kill them in the stomach acids. Check out this article for more info. Click here

In certain parts of the world, kefir has been strongly linked with an unusually high number of centenarians. In the Caucasus Mountains, Kefir (called the "Miracle Food") is a staple food. Many have lived over 100 years, and some claim to have lived to be much older. [3] I have done a lot of research on yogurt too. Many of the world's centenarians have consumed yogurt daily and often as a dessert or meal. For instance, Bulgarian yogurt has a rich history surrounding it. It dates back to the Thracians, ancient inhabitants of the Bulgarian lands. Stock breeders would place sheep’s milk in lambskin bags around their waists and would create fermented yogurt using their own body heat. They credit themselves with Bulgaria’s only source of yogurt. 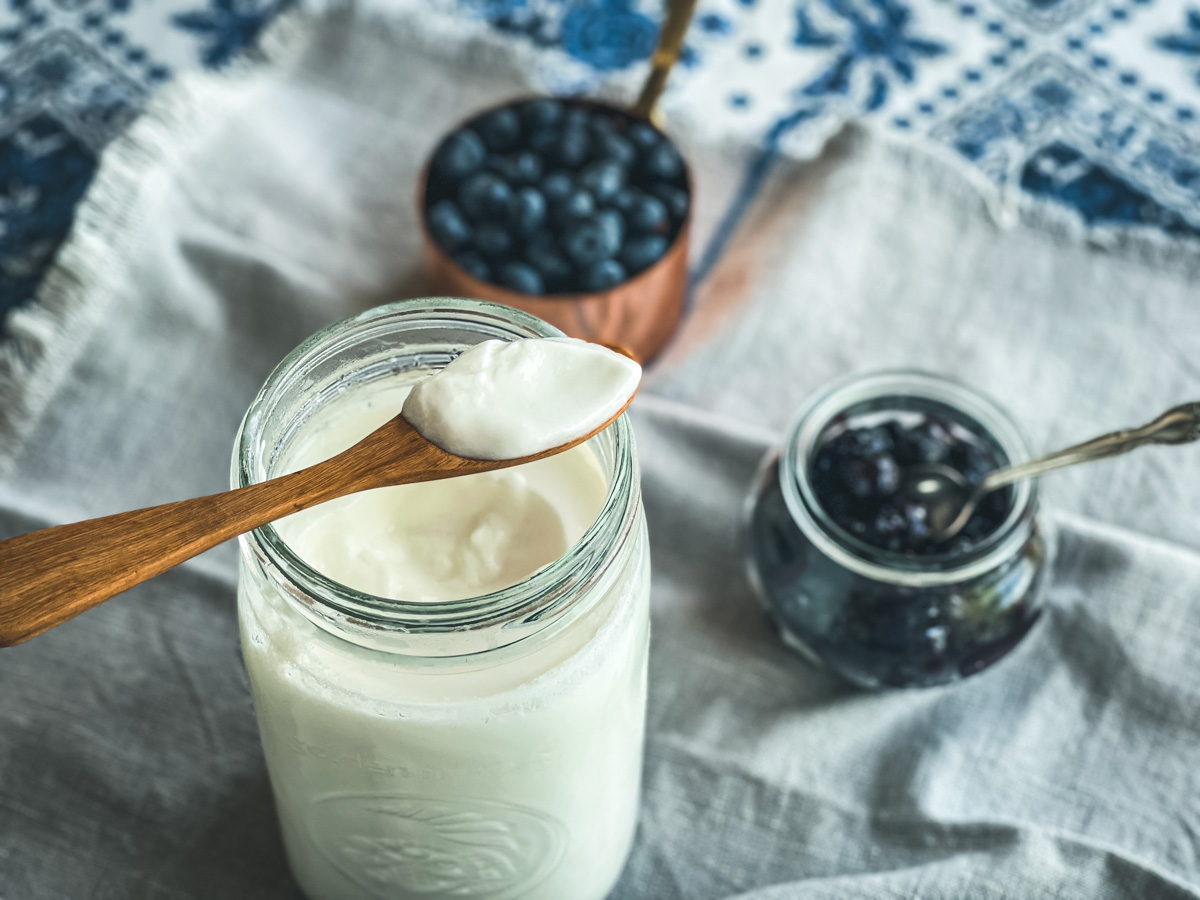 They also produced one of the healthiest yogurts in Europe, thanks to a unique bacteria native to their country. Dr. Stamen Grigorov found the specific Lactobacillus bacteria responsible for the yogurt fermentation and went on to identify Streptococcus thermophilus bacteria which coexisted with Lactobacillus delbrueckii - subsp. bulgaricus, in perfect symbiosis (these species are both in Kefir ). Interested in Dr. Grigorov’s discoveries, the Nobel prize-winning Russian scientist Ilya Mechnikov noted that more people lived to the age of 100 in Bulgaria than in any of the 36 other countries he studied. He directly linked this to the consumption of yogurt.

Helps with Anxiety and Depression

Studies show that Streptococcus thermophilus and Bifidobacterium longum work on anxiety- and depression-like behaviors. In a study done on mice, they were subjected to a social dominance tube test (SDTT). The behaviors, rank, gut microbiota, and expression of inflammatory cytokines and brain-derived neurotrophic factor (BDNF) in the hippocampus were measured. The results indicated improved SDTT ranking scores of the losers and alleviated anxiety-like behaviors of the winners. It decreased the level of harmful bacteria, increased BDNF, and reduced the level of tumor necrosis factor-α in the hippocampus.[4]

Strains in Yogurt Plus

We have all these strains in Yogurt Plus: Streptococcus thermophilus, Bifidobacterium longum, Plantarum, and L. delbrueckii subspecies bulgaricus, with the addition of L reuteri which is a different strain than the one we have in our L. reuteri superfood starter (which is much stronger).

Supplementing with these strains together has been found to significantly improve the symptoms of gastrointestinal disorders such as IBS (irritable bowel syndrome) and diarrhea and creates a wonderful sense of well-being and wellness.

You can make a batch in as little as 6 hours and have a creamy thick yogurt that I love to eat for dessert with a little jam or honey. I love it and I'm starting to call yogurt my happiness factor. It's a treat and also makes me feel so young and happy!

Check out Yogurt plus! 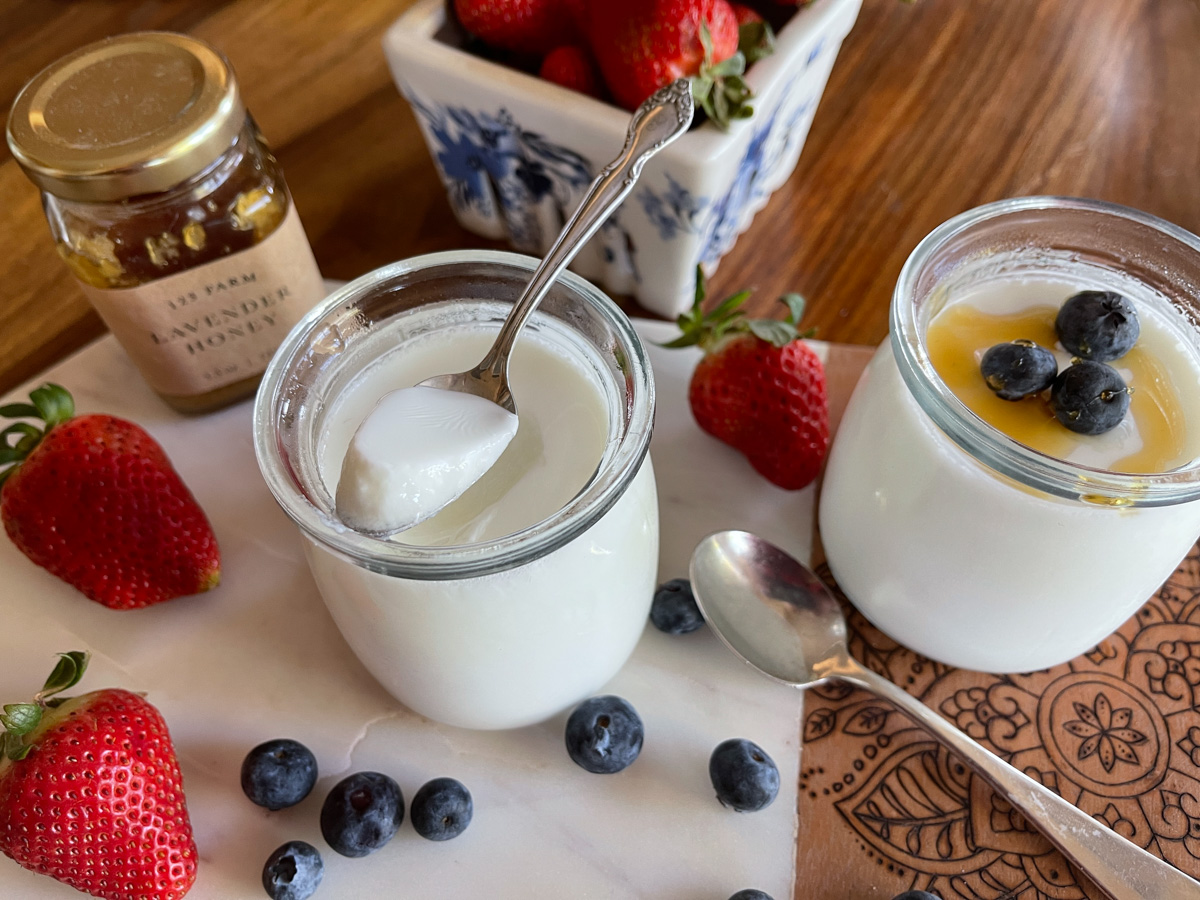 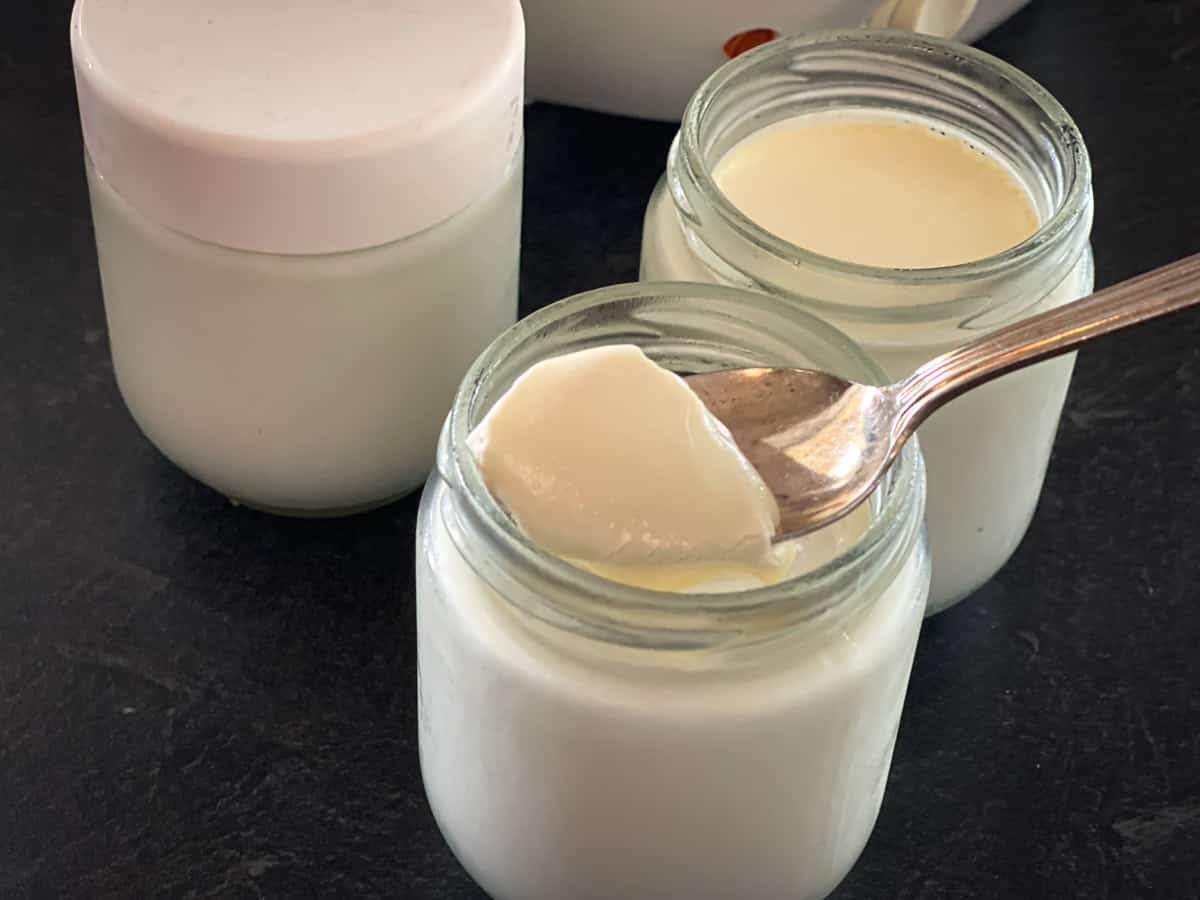 If you like this, then please share!
Posted in Best of 2022, Health and Wellness, Milk Kefir, Yogurt
43 Ways to Use Kefir Cheese Microbes That Change Your Home in 24 Hours