Probiotic Foods For Colds and Flus

Your Immune System and Your Gut 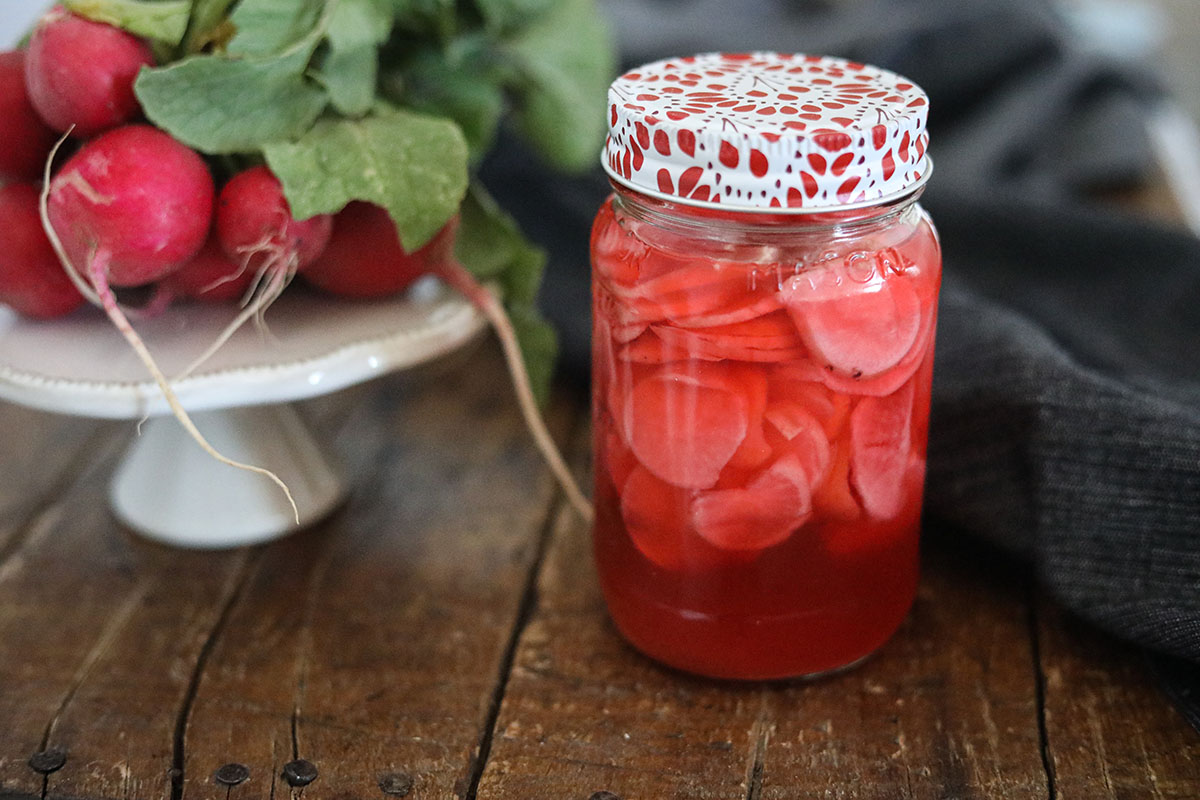 I remember when my daughter was ten years old. She was in a theater production with someone who had chickenpox, so everybody in the play (who had not had the virus) got chickenpox. I was actually relieved to see that she was exposed so her body would build up immunity to it. The body is actually made stronger after a virus because of its ability to make its own immunities to it. One evening, I started seeing spots on Holli. She is not one who gets sick, so she started to cry. She was afraid of what all this would mean. I checked her temperature and it was 101, so I knew she had chickenpox. I gave her a spoonful of cultured veggie juice and put her to bed. The next morning she had quite a few blisters and kept getting more. I told her she wouldn't have school for a while, so she thought having chickenpox was going to be okay. The funny thing was, the only symptoms had been the fever that one night and the blisters. The second day I called my husband into the living room to show him Holli doing handstands in the living room. The third day she asked me if she could go out in the backyard for a little while. Looking out the window, I see her twirling around in circles in her pajamas and jumping on the trampoline. I had given her cultured veggies, about a spoonful every six hours, but never expected this. I don't know about you, but when I had chickenpox I was sick as a dog that first week. Was it the veggies? I cannot be entirely sure, but I have seen them do miraculous things - from curing food poisoning in an afternoon to stopping severe vomiting, killing Candida, and helping with colds and flus as well as many other health ailments.

Over the last decade, more and more research has shown that having more good bacteria in your gut does in fact appear to improve the body's immune response. That, in turn, helps the body be better prepared to fight off certain infections, including the common cold and even COVID-19. (check out the link) Consuming prebiotics and probiotic foods regularly can lower your chances of getting a cold. If you do catch a cold, they may help reduce the severity of your symptoms and shorten how long they last.

About seventy to eighty percent of your body’s immune cells live in your gut or intestine. This is roughly 100 trillion immune cells that make up your gut microbiome and play a big role in the strength of your immune system. The local immune system of the gut has two main functions: to protect against infections and to protect against the uptake of and/or harmful immune response to food antigens.

Having a healthy, diverse gut microbiome makes it difficult for illness-causing bacteria and viruses to take hold. If you have a weak, sparsely populated microbiome with a shortage of “good” bacteria, it can leave you open to illnesses — like colds and the flu.

The intestinal immune system contains more antibody-producing cells than the rest of the body put together. 1 The fluids that come from the digestive system (such as mucus and saliva) are as rich as breast milk in both health-supporting and disease-preventing factors. 2  Our immune systems make antibodies that fight bacteria, viruses, and toxins. One of the most common antibodies, called secretory IgA (immunoglobulin A), is found in mucous membranes lining the nose, windpipe, and lungs.  IgA acts as the body’s warning and security system. When IgA levels are adequate, these antibodies can prevent cold and flu viruses from entering the body through the nasal mucous and respiratory tract. Having enough IgA is extremely important because these special antibodies go after both viral and bacterial invaders in your upper respiratory tract, deactivating them and allowing the immune system to destroy them. Having enough IgA can prevent a cold or flu from getting a foothold in your respiratory tract because once a virus infects cells it can replicate and wreak havoc.

Researchers found that the bacteria Lactobacillus Plantarum (L. plantarum - abundant in cultured vegetables and kefir), Lactobacillus acidophilus (also in kefir), along with L. rhamnosus and Bifidobacteria reduced the risk of respiratory infections by enhancing secretory immunity. They also added the prebiotic inulin (the main ingredient in Prebio Plus) to make these probiotics grow and multiply. These probiotic strains increase IgA and can stop the virus from replicating thus helping to prevent colds, influenza, and other respiratory infections. Taking probiotics and prebiotics in several other studies resulted in the same prevention and reduction of the symptoms and duration of colds in those who did get sick.3,4,5 One study showed 16 cases of flu in the placebo group, compared to just 3 in the probiotic group along with a 35% reduction in the number of colds, 39% reduction in cough duration (4.5 days vs. 7.3 days), and 25% reduction in the number of days of acute upper respiratory infections (4.6 days vs. 6.1 days).

Another study done 1 on the probiotic L. Plantarum found that it had a huge impact on saving thousands of infants from sepsis which is often a deadly massive immune response to a bacterial infection that gets into the blood. Six hundred thousand infants die annually from sepsis, primarily in developing countries, and researchers have been trying to find a way to stop it for the last twenty years. Dr. Pinaki Panigrahi, a pediatrician at the University of Nebraska Medical Center College of Public Health who led the study, was searching for answers. They screened 280 bacteria strains until one day they found the healthy strain L. Plantarum isolated in the diaper of a healthy Indian baby. They started giving infants L. Plantarum, the kind of lactic acid bacteria found in fermented vegetables and found in my veggie starter culture Cutting Edge Culture. They also added the prebiotic fructooligosaccharide (in Prebio Plus) “to promote growth and sustain colonization of the probiotic strain.”  After one week of giving the babies the cocktail of pro- and prebiotics, deaths and sepsis dropped by 40 percent, from 9 to 5.4 percent. 6

But something else happened that they didn't expect. The probiotics also began to help with other types of infections including those in the lungs. Respiratory infections dropped by about 30 percent. "That was a big surprise because we didn't think gut bacteria were going to work in a distant organ like the lung," Panigrahi says. They actually stopped the trial prematurely since it was working so well. "We were planning to enroll 8,000 babies, but stopped at just over 4,000 infants," Panigrahi says.

Pascal Lavoie, a neonatologist at BC Children's Hospital in Vancouver, British Columbia, says, "These beneficial bacteria can push out harmful bacteria in the baby's gut by changing the environment or simply using up resources. They also produce a compound that strengthens the wall of the intestine. It acts as a barrier to prevent the bad bacteria from going through the wall into the blood. The probiotic bacteria can jumpstart a baby's immune system. Probiotics can be much more powerful than drugs."

Sail through cold and flu season

These foods have guided me in living a healthier life. They gently pointed the way for me as I followed the bread trail they left for me. Get started by picking the food that most interests you: kefir, kombucha, cultured veggies or water kefir. I have lots of recipes and instructions to help you. Get started getting cultured and keep your immune system strong. Sail through cold and flu season!

Your Flu Shot in a Jar!

How to Make Milk Kefir

How to Make Veggies 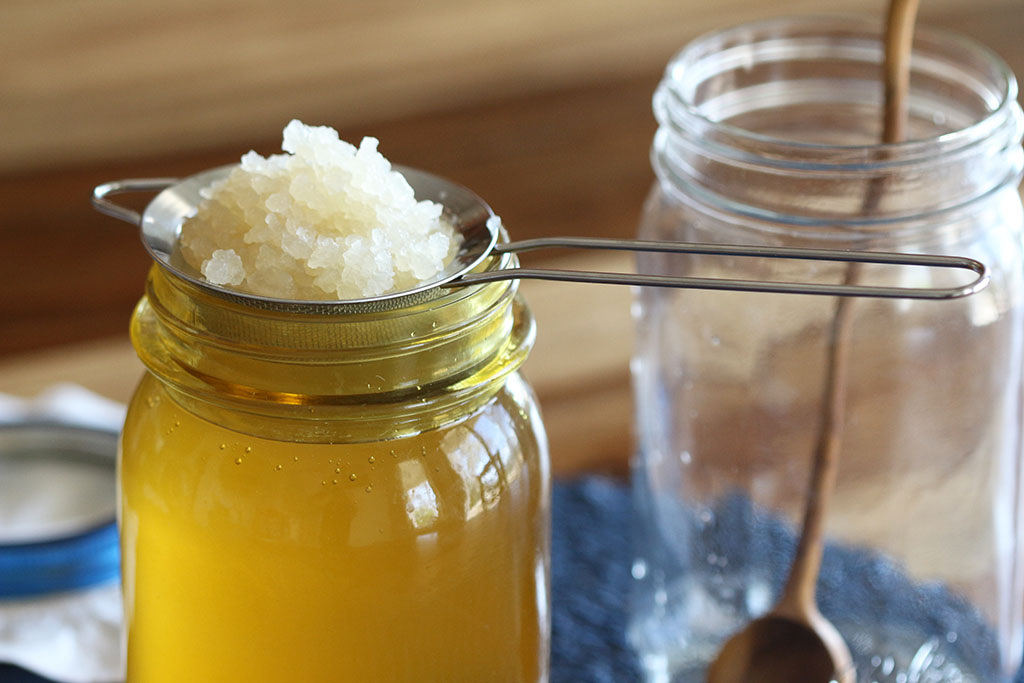 How to Make Water Kefir

Your body is designed to fight colds and the flu and keep your immune system running strong. Learn how to strengthen your body’s inner reserves and find yourself sailing through cold and flu season. If you have any gastro trouble, cultured foods work for that too. I and many others have found nothing more effective.

If you like this, then please share!
Posted in Ailments, Health and Wellness
Will Bacteria Keep You Young? Fibromyalgia and Fermented Foods