If you like this, then please share!
Don't Be Afraid of Your Ferments — They Know How to Do This The Real Reason Men Need Cultured Foods

9 Ways to Use Extra Kefir Whey!

If you're making kefir, and especially kefir cheese, you're going to wind up with a lot of whey. Whey has been called liquid gold, and it has been used throughout history to help with many diseases.  In fact, Hippocrates and Galen, two founding fathers of medicine, frequently recommended whey to their patients to heal them. 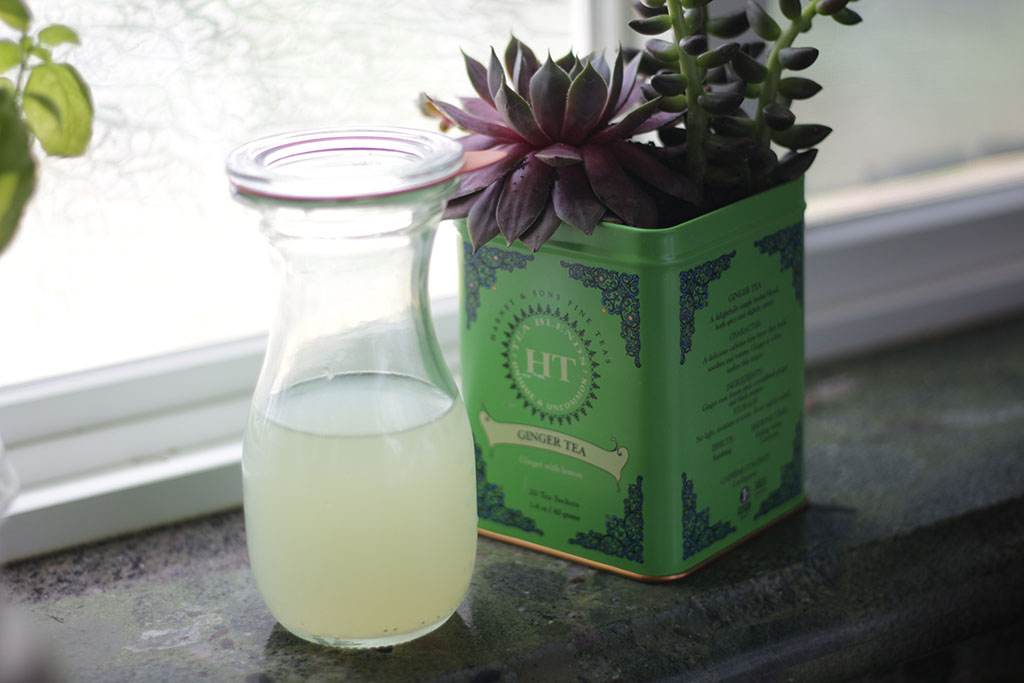 Lactoferrin, a special protein in whey, acts as a powerful antimicrobial and anti-inflammatory. It also contains vitamin B2, or riboflavin, which helps the body to convert carbohydrates into fuel. Bovine Serum Albumin, which is abundant in whey, is an amino acid that is an effective scavenger that removes toxic substances and supports white blood cells and helps maintain healthy cholesterol levels. Whey is rich in potassium and can help balance and remove excess fluids in the body. Whey also removes toxins, which will take a great strain off the kidneys.

If you have extra whey, then don't throw it out! Check out the many uses for extra whey - some of these unique ways might surprise you! 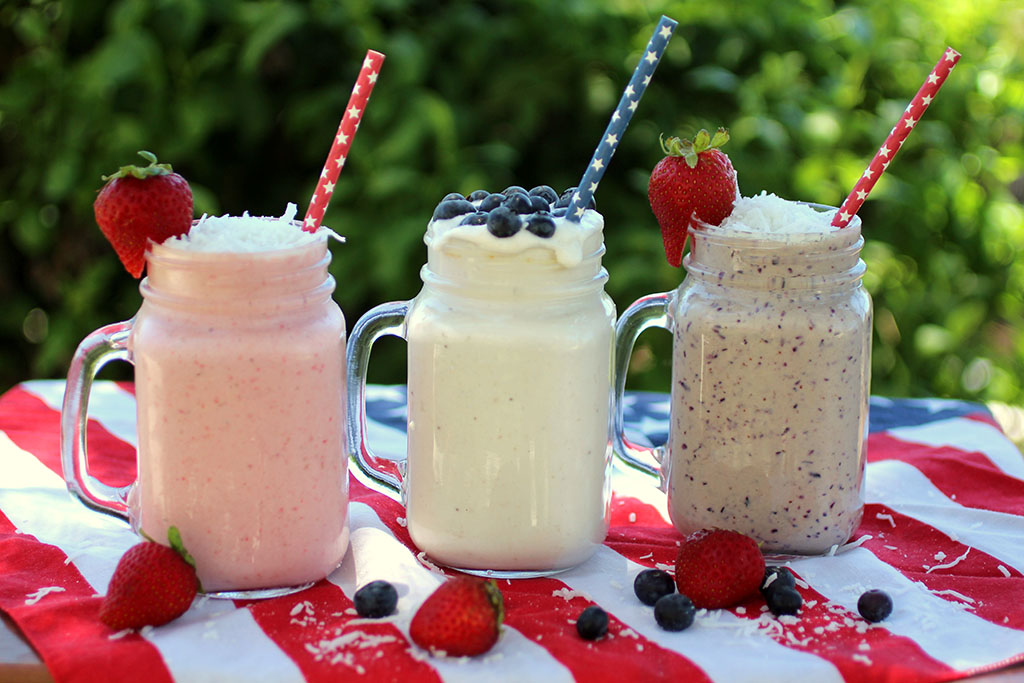 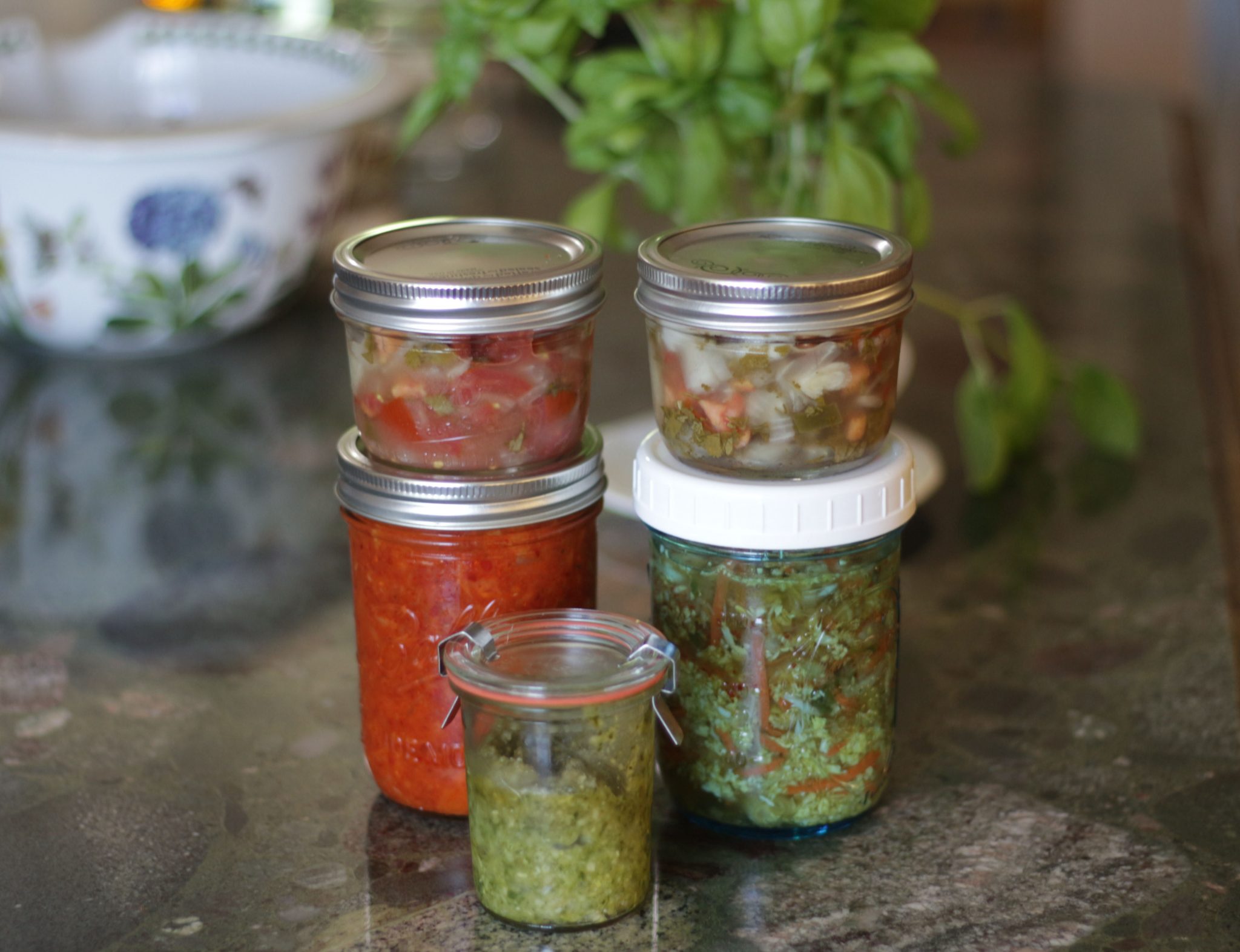 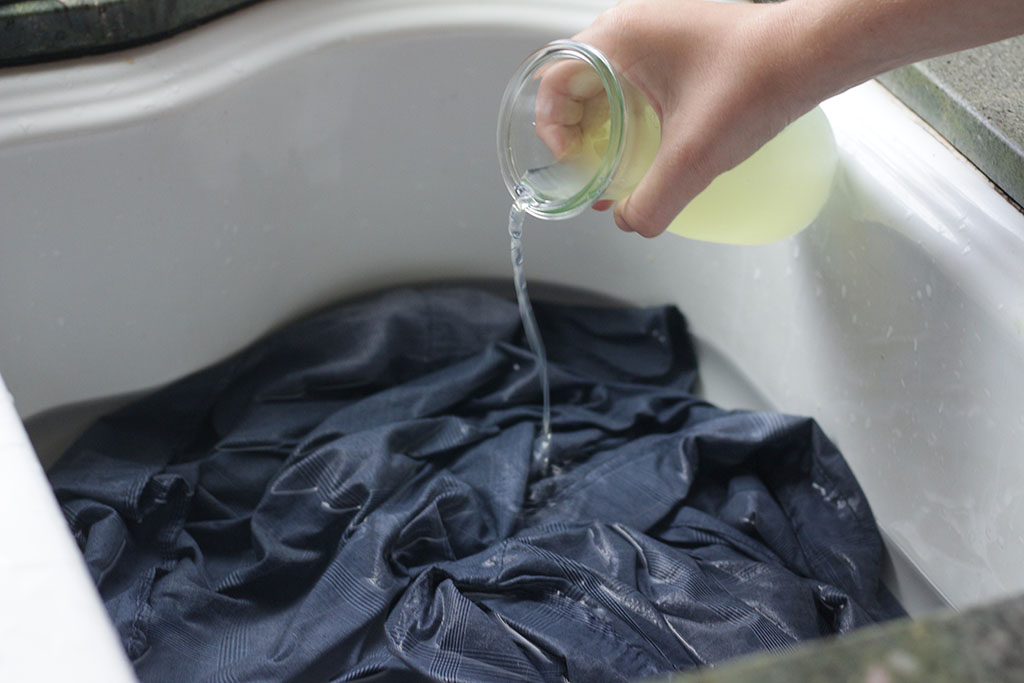 Use as a stain remover. We had a reader tell us that she uses kefir whey to remove stains from her clothes. Soak your clothes in a sink of warm water and at least a cup of kefir whey for the best results. 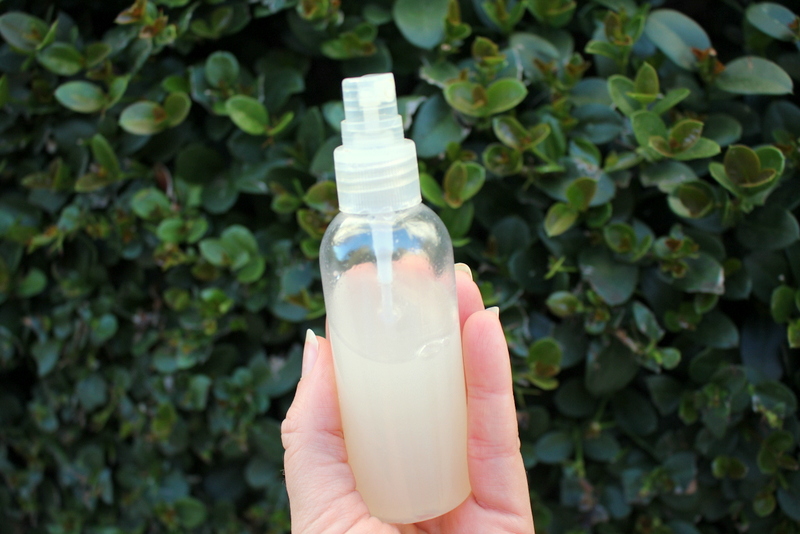 Kefir Whey Facial Toner Kefir has a soothing effect on the skin when used as a facial toner. Kefir is loaded with nutrients for your skin. Kefir contains calcium, phosphorus, riboflavin (vitamin B2), iodine, vitamin B12, pantothenic acid (vitamin B5), zinc, potassium, protein, and molybdenum. 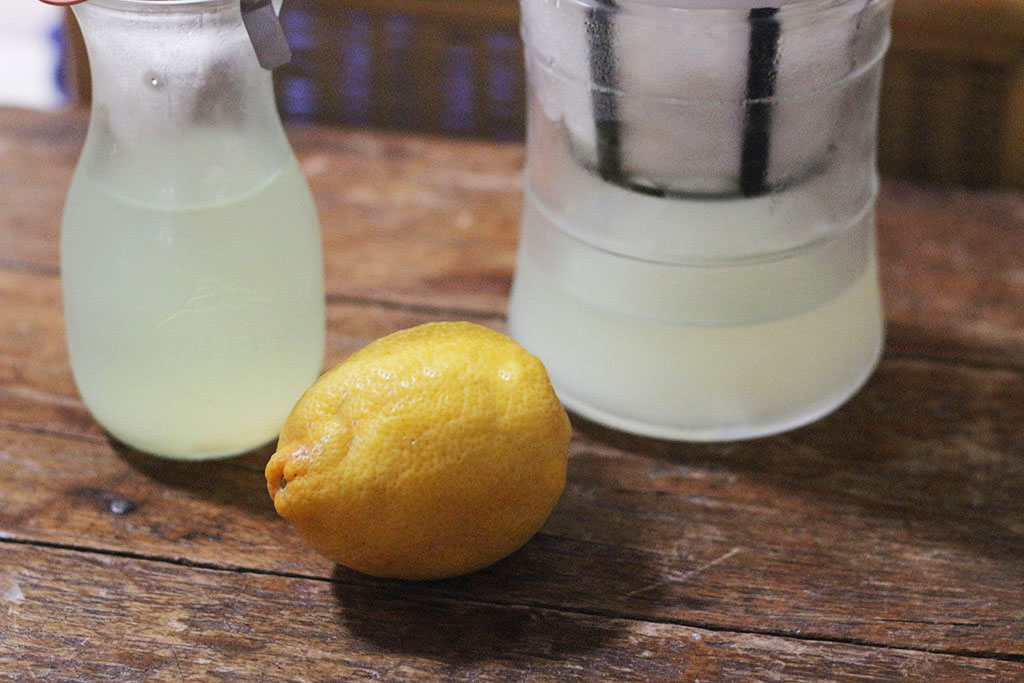 Lemon Juice replacement. Use kefir whey instead of lemon juice in recipes. With its tangy flavor, it works wonderfully in recipes calling for lemon juice. and you’ll get probiotics too. You can also put a splash in your drinks, like iced tea, for extra flavor. It pairs well with herbal iced teas too. 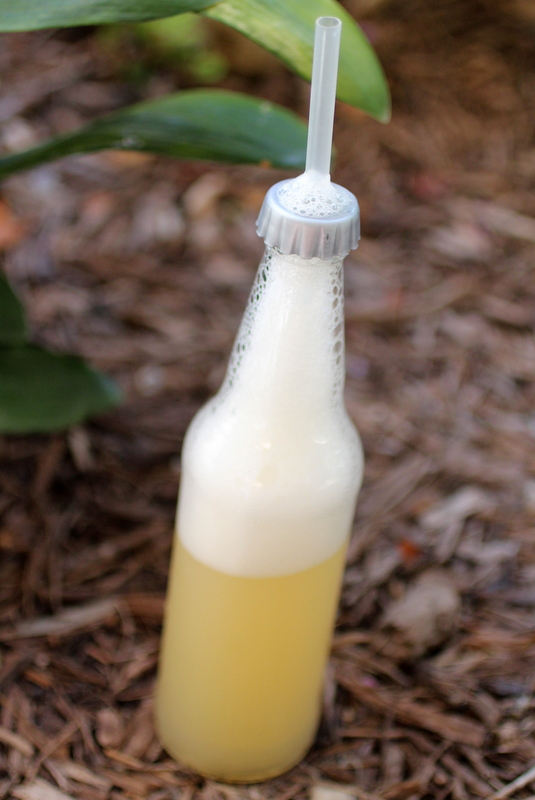 Make Kefir Soda! Apple Ginger Kefir Soda! with kefir whey is a delicious and simple soda. You can make it within a couple of days and your kids will love it!  Ginger has incredible health properties that can work like medicine. Ginger is something you should add to your diet whenever you can, the benefits are many.

For pets! Pets love kefir whey and it's so good for them! Chickens and goats love it and cats do too! You can put a few spoonfuls in a bowl of water - decrease or add more as your pet desires.

Read the story of Buttons

The tiny Silky Yorkie who loves, loves his kefir whey.

We also have more information regarding pets and cultured foods. 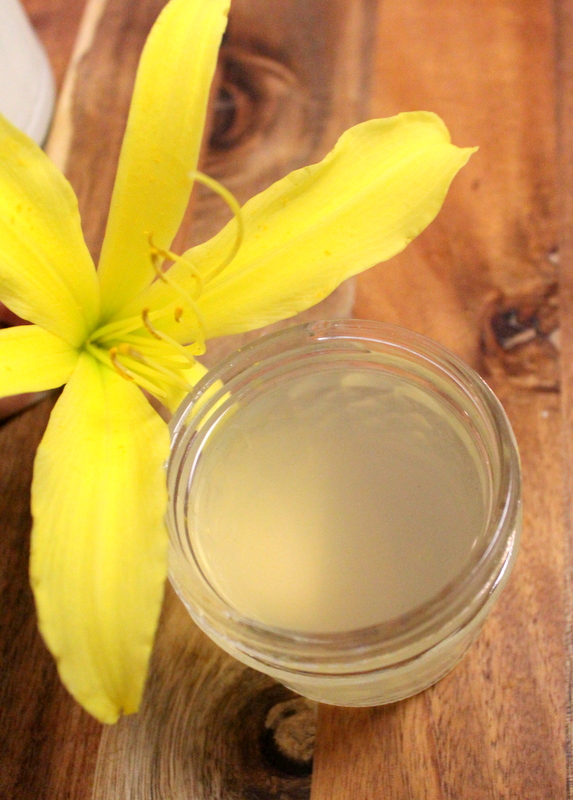 Do a shot! Drink whey straight from a little shot glass to get tons of benefits.

Whey is a superfood which contains a lot of healing properties. There is something known as “The Whey Cure” which was used throughout history. In fact, Hippocrates and Galen, two founding fathers of medicine, frequently recommended whey to their patients to heal them. This whey was often referred to as “liquid gold.” 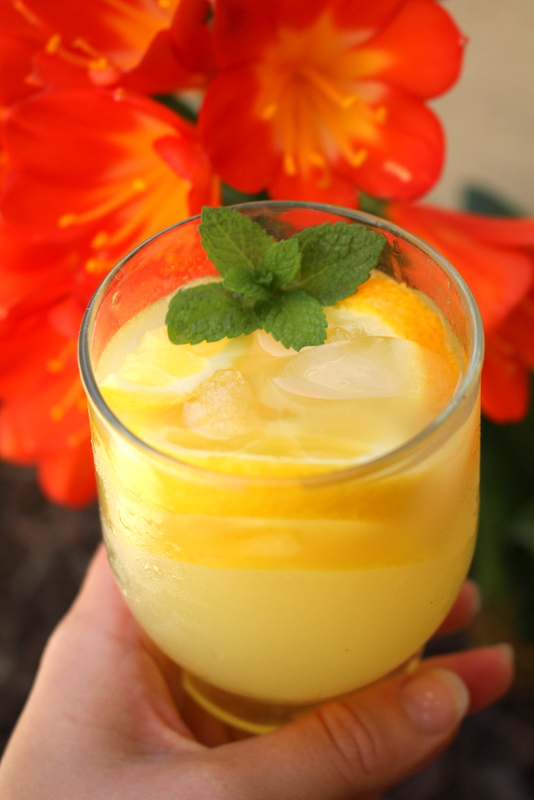 Make Kefir Whey Lemonade! Kefir, lemons, honey, and whey combine well for a refreshing summertime, or anytime, drink. This is a wonderful drink for seasonal allergies. Loaded with vitamin C, it will boost your adrenals and load you with probiotics too!

Check Out More About Whey And Kefir Cheese 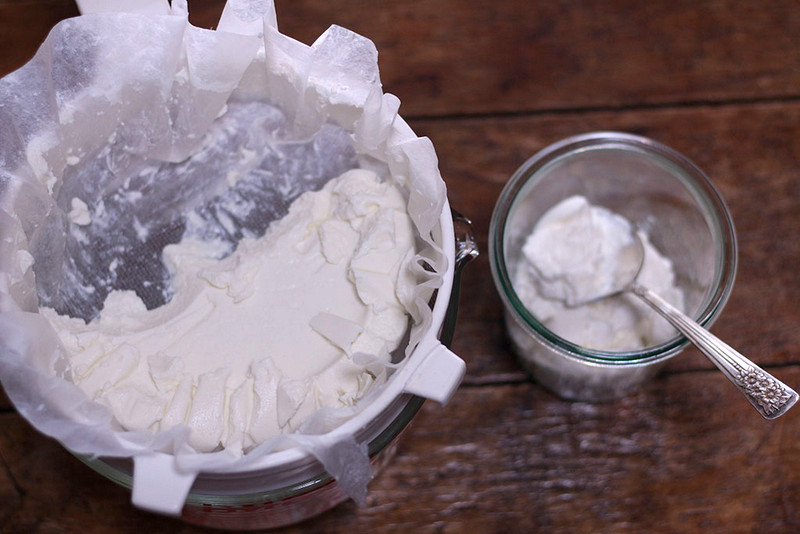 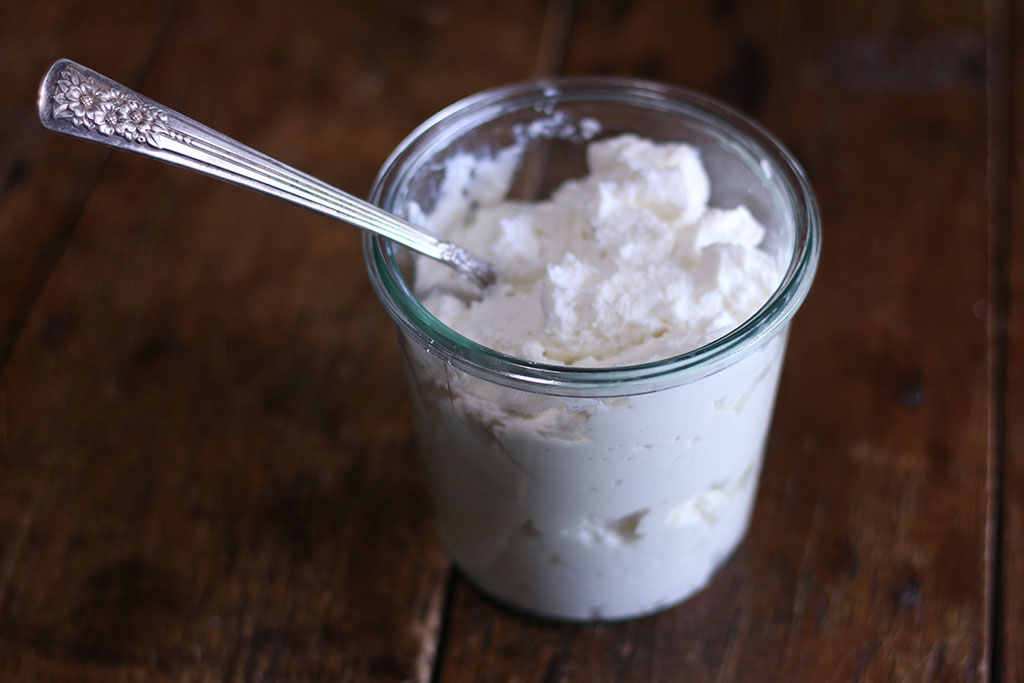 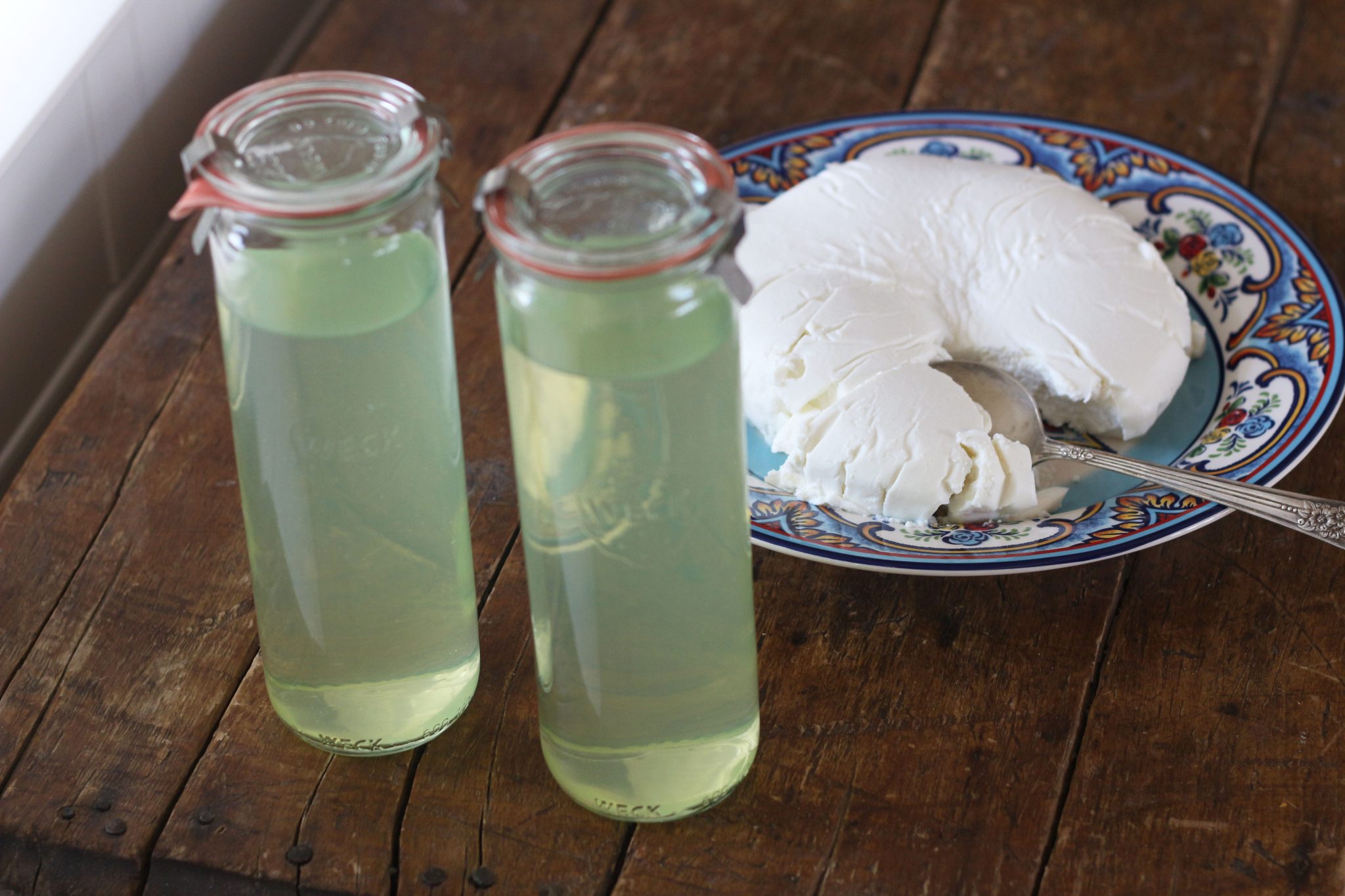 When you make kefir cheese, the whey has most of the carbs and the cheese has most of the protein.
So the breakdown goes like this: based on 1 cup of fat-free milk; the whey contains 83% carbs; 3% fat; and 14% protein.
The whey liquid is carbohydrates in the form of lactose or milk sugar. A 1-cup serving of regular whey contains nearly 12.6 g of carbs, accounting for three-fourths of its roughly 67 calories The other calories are from Fat 0.9, and Protein 2.1.

Now, this changes through lactic acid fermentation significantly lowering the carbohydrates depending on how long it is fermented. During the process of fermentation, microorganisms such as bacteria and yeast convert organic compounds – such as sugars and starch – into small amounts of alcohol or acids. For example, much of the starches and sugars in milk kefir, cultured vegetables, and kombucha tea are converted to lactic acid and this lactic acid acts as a natural preservative keeping out pathogens and foodborne illness. Lactic acid is an organic molecule. Its chemical formula is C3H6O3. Lactic acid has the same proportion of carbon, hydrogen, and oxygen as carbohydrates but it is technically not a carbohydrate.

If you're making kefir, and especially kefir cheese, you're going to wind up with a lot of whey. Whey has been called liquid gold, and it has been used throughout history to help with many diseases. Lactoferrin, a special protein in whey, acts as a powerful antimicrobial and anti-inflammatory that helps the body heal. Check out all the different ways you can use this powerful food in this podcast.

If you like this, then please share!
Posted in Kefir Soda, Milk Kefir
Don't Be Afraid of Your Ferments — They Know How to Do This The Real Reason Men Need Cultured Foods