If you like this, then please share!
The Thick and Thin of Kefir Reasons To Love Almond Kefir 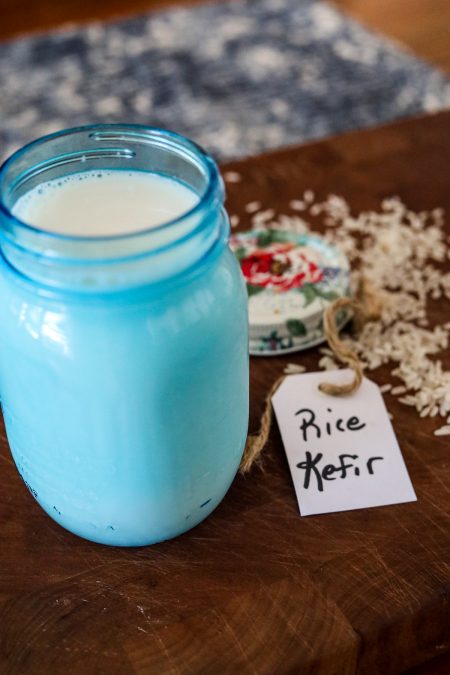 How to deal with histamine flare-ups is a common question I get, especially since fermented foods can either help or worsen symptoms. These flare-ups occur when there is a buildup of histamine in the body. One of the most common displays of too much histamine in the body occurs during allergy season when your eyes are watery and itchy, your nose gets stuffy, and your doctor loads you up with antihistamine products such as Benadryl, Allegra, or other such drugs to alleviate the symptoms. Histamine causes your blood vessels to dilate so that your white blood cells can quickly find and attack the infection or problem. Because it travels throughout your bloodstream, a histamine response can affect your gut, lungs, skin, brain, and entire cardiovascular system. More and more people are having these types of histamine reactions to food when they never had them before and it can be a scary thing.

Symptoms of histamine intolerance include:

Headaches/migraines, anxiety, nausea, vomiting, abdominal cramps (especially after eating), flushing, hives, fatigue, nasal congestion, hives, and dizziness. It gets really confusing when you have these kinds of responses and are told to stay away from high-histamine foods and this includes fermented foods.

So what is causing all these problems and allergic responses to foods?

Many of your gut bacteria break down histamine. If you get an imbalance in your gut due to antibiotics, stress, or a diet high in processed foods, the good bacteria strains lessen and you'll have more of the pathogenic bacteria which may lead to impaired histamine degradation and increased histamine load. But here's the catch - certain probiotic strains are histamine-producing, while other strains are histamine-degrading which should improve your symptoms. If you have too much of the histamine-producing kind and not enough of the other, then you're in trouble.

Histamines are produced inside your body, but there are also a variety of foods that naturally contain histamines. If your gut bacteria is out of whack, then these foods can cause the release of histamine, or block the enzyme that breaks down histamine. Your body also produces histamines, too. It's not the foods that are creating the problem. The problem is your body's inability to break them down.

Examples of foods that contain high amounts of histamine:

Removing offending foods is recommended if you find you're reacting to them, but everyone is different. You will have to work to see which ones you react to, all the while building up your good gut flora. These are some of the foods that can cause you to react. Even fermented foods can cause a reaction.

But wait, I need the probiotic foods to heal my gut and remove the pathogenic bacteria and restore the good bacteria. What if the foods make me flare-up? I'm going to get to that; but first I want to talk about the enzyme in your body that breaks down histamines and keeps you in balance.

Food allergies can also cause histamine to flare up if you don't have enough of the enzyme diamine oxidase (DAO). Without adequate DAO, histamine builds up and causes problems where it shouldn’t. You can take a supplement of DAO that has helped many, but this isn't the only thing that can cause too much histamine to build up and cause problems.

SIBO, IBS and the Histamine Connection

It seems more and more people who have problems with histamines also have Small intestinal bacterial overgrowth (SIBO) and/or Irritable bowel syndrome (IBS). SIBO is an overgrowth of bacteria in the small intestines. This bacteria is normally found in the colon and large intestine but has spread to the small intestine where it should not reside. SIBO causes an increase in food sensitivities, and this can cause a sudden development of histamine intolerance.

Following a Low FODMAP diet like the one I describe below  (adding certain strains of probiotics that are low in histamine response, taking DAO enzymes, and consuming supplements that support your body can help you on the road to recovery. Everyone is different, and this is going to be a chance for you to get well acquainted with your body to find out what it needs. And then you will be able to lead the life you were always meant to lead - a life filled with wellness.

Mast cell activation syndrome (MCAS) occurs when the mast cells in your body release too much histamine as part of the immune response. This means that if there’s existing inflammation in the body, any extra histamine (whether it be in a high histamine food, a local allergen, or bad bacteria in the gut) is likely to cause a histamine response. There is still a lot of confusion about this, but a study which appeared in the peer-reviewed Biological and Pharmaceutical Bulletin of Japan showed that rice kefir (in test tube studies with mast cells) was able to inhibit mast cells from releasing inflammatory cytokines that may be problematic for those dealing with histamine intolerance or mast cell disorders.[2] This might be a good choice for those who still want to consume kefir but are worried about a histamine response.

Learn how to make Rice Kefir

Vitamin B6 is an important co-factor of the enzyme DAO which helps break down histamine. Most people are greatly deficient in vitamins B6 and B12 which support the immune system in powerful ways. One supplement I have used for decades is desiccated liver.  The supplement is wonderful for those with histamine problems since it naturally contains the DOA enzyme and B vitamins and people swear by it. These supplements are loaded with tons of highly bioavailable essential vitamins and minerals. They're my go-to supplements and  I take one or more of them every day. My whole family has taken these for years and they take more if they have any kind of allergy symptom or fatigue. They're so powerful and help with so many things. I really need to write a whole article on their many virtues. It will go a long way in building up your immune system which may solve your histamine problems just by adding it to your daily intake of nutrients.

There is no one-size-fits-all cure for healing your gut and neutralizing histamine problems. Some people do fine on smaller amounts of cultured foods while others need to take probiotic supplements and reduce or eliminate all offending foods until their histamine issues resolve. Fixing the gut and lowering stress is at the crux of the problem. Your body is crying out for help and that's why these symptoms are warning signs, they're not the enemy. Do you have more bad bacteria than good bacteria creating an imbalance and not allowing your body to break down histamines naturally? Do you have SIBO or IBS which can create a histamine load that overwhelms your body? Are you missing key vitamins and minerals and need more of the right kind of enzymes that help support and break down histamines? These are the questions only you can answer along with your health care provider. Below are some things to consider that hopefully will help you on your road to recovery. Don't be discouraged. This is just a journey to wellness and you'll learn so much. Remember, as the wise and insightful poet once said;

"What you seek is seeking you." Rumi 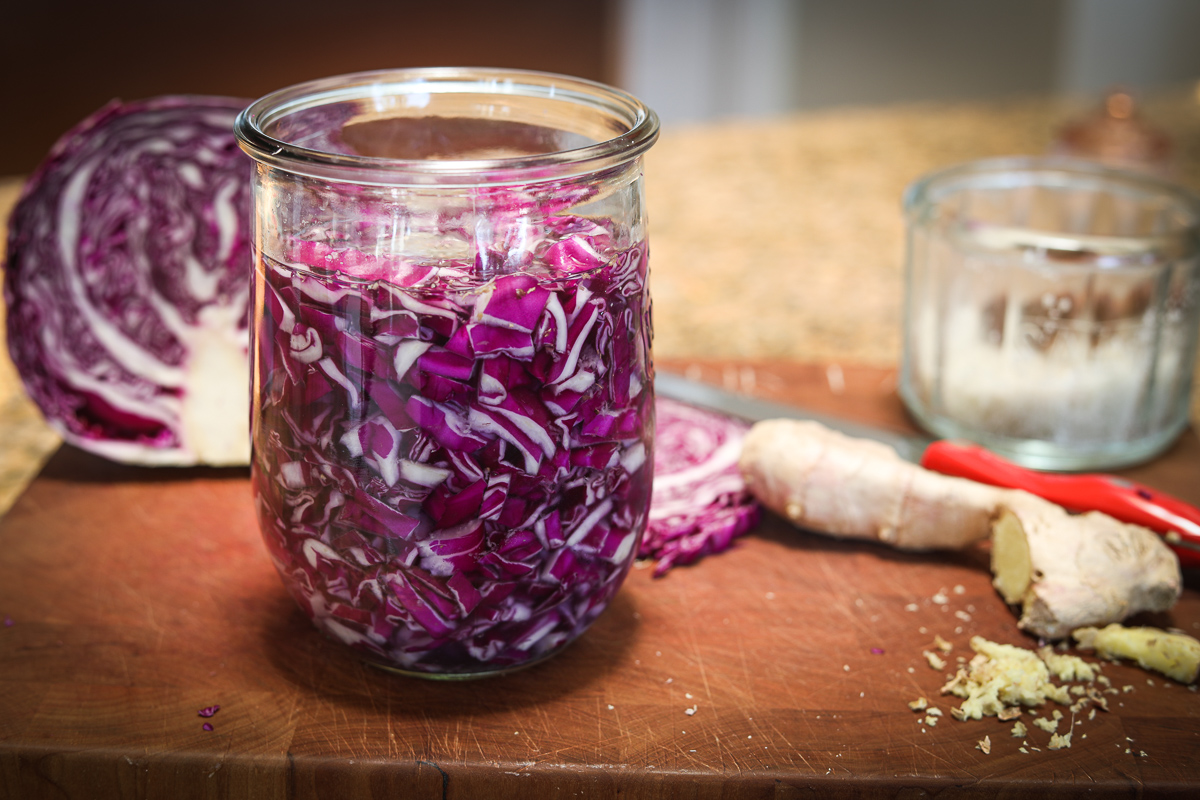 If your struggling with SIBO which is causing a histamine intolerance than following a low FODMAP diet may be key in helping yourself heal from histamines. Remove the foods that feed SIBO, including sugar, alcohol, and other carbohydrates and see the list above for more.

Check out my article on the amounts and types of cultured foods to help your gut heal. 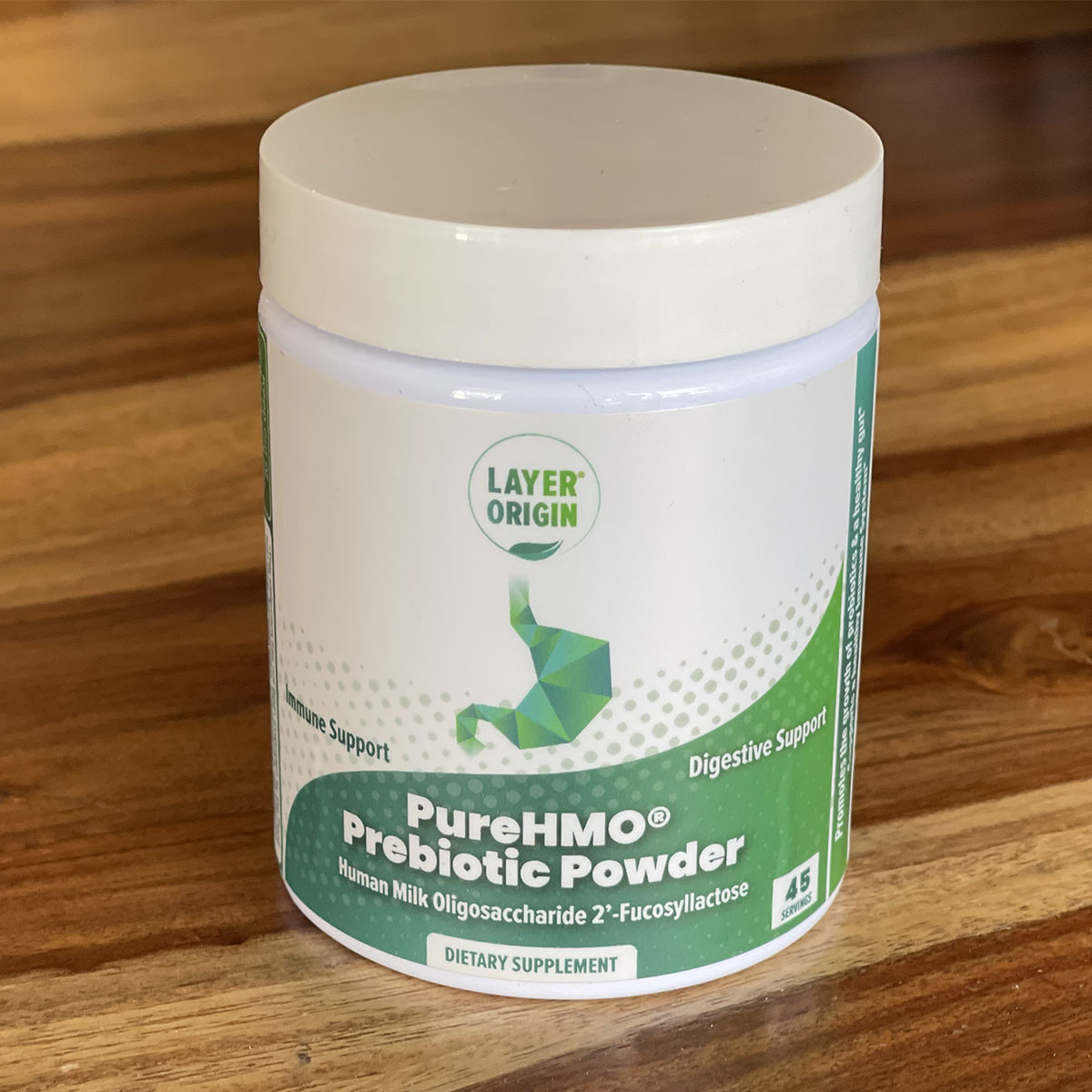 The Prebiotic that Downgrade Histamines

If you can't handle fermented foods and if they give you flare-ups, try taking an HMO prebiotic supplement that helps to build Bifidobacterium infantis and B. longum in your gut. This would help your body to heal. Having lots of bifidobacterium actually, interfere with the histamine pathway and reduces levels of histamine while helping to restore your gut flora.[3] 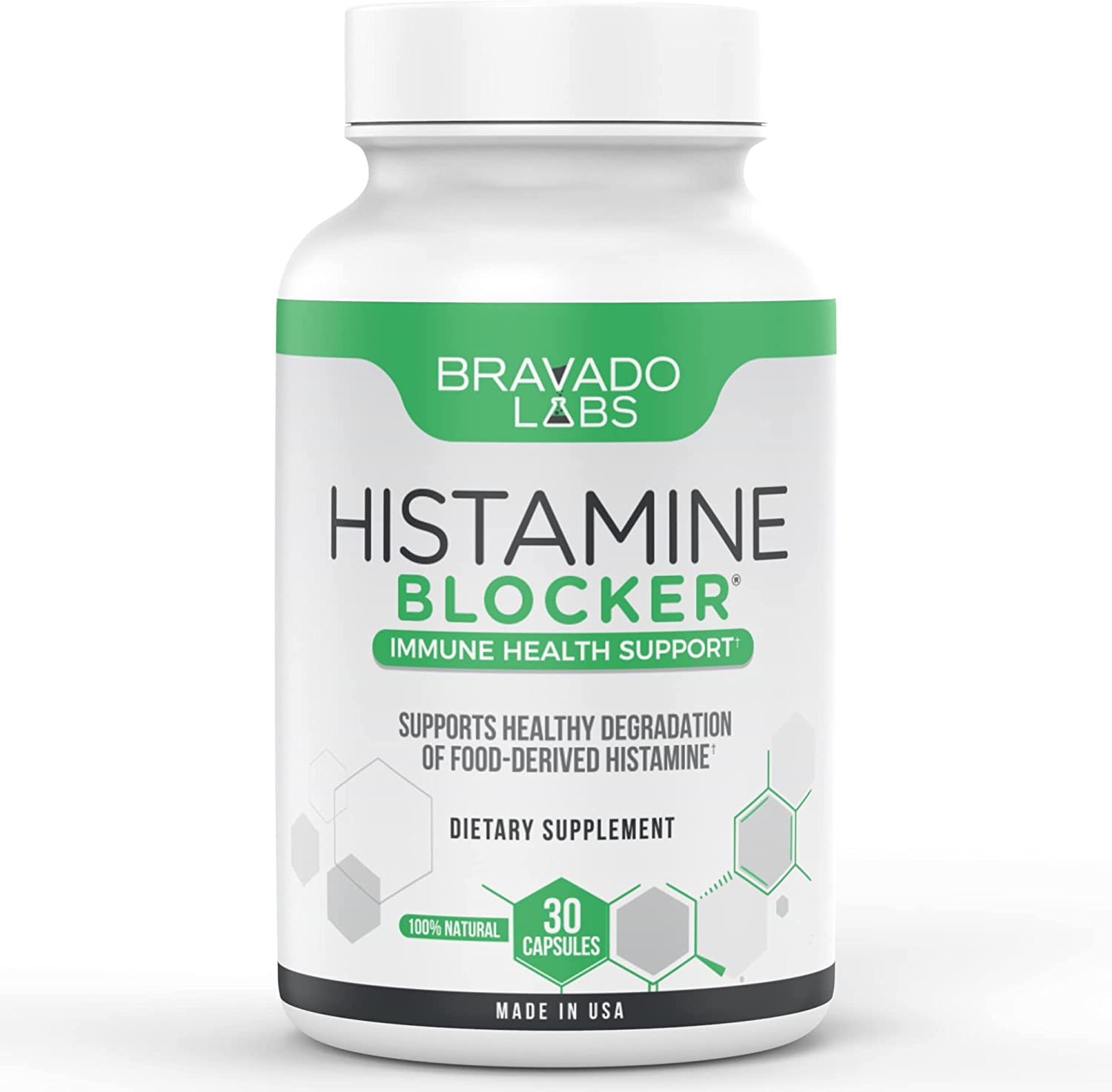 The Enzyme You need to Breakdown Histamines - DAO 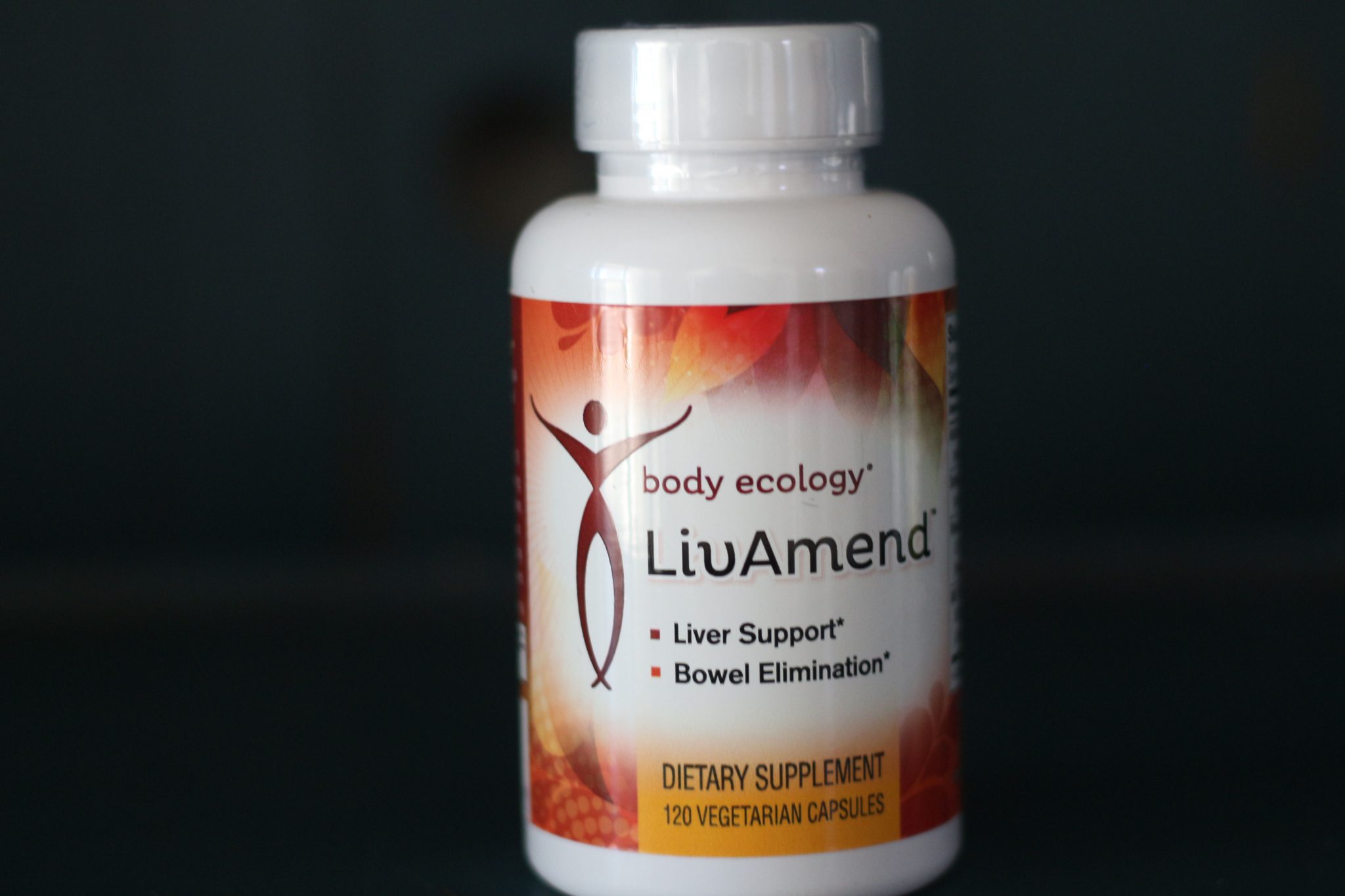 We produce another histamine-degrading enzyme called HNMT, or histamine N-methyltransferase. These specialized enzymes reside within the liver, where they focus solely on histamine and prevent it from entering the bloodstream. A healthy liver is crucial for histamine intolerance. This supplement helps to support the liver. 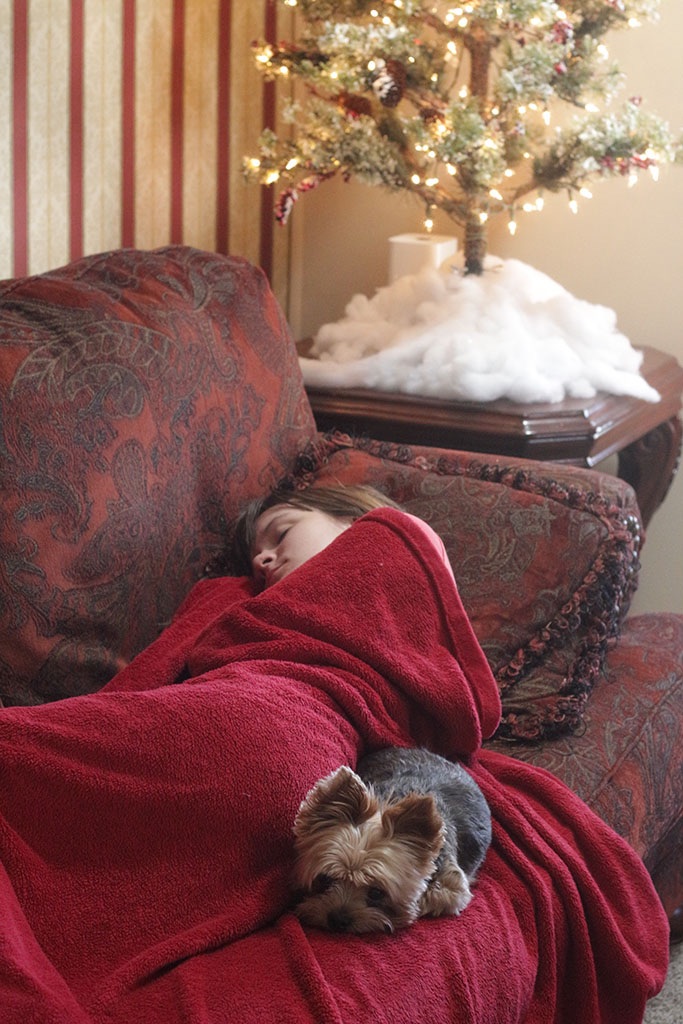 When you're under a lot of stress you release Corticotropin-releasing hormone (CRH).CRH stimulates mast cells to release histamine, however, CRH also releases cortisol, which inhibits histamine secretion. If you have chronic longterm stress you become resistant to stress hormones, and cortisol loses its ability to inhibit histamines. Controlling stress is crucial not only for controlling histamines but also for helping your immune system come back into balance. Check out my article on the 10 natural miracles I've found to control stress.

If you like this, then please share!
Posted in Ailments, Best of 2019, Health and Wellness
The Thick and Thin of Kefir Reasons To Love Almond Kefir