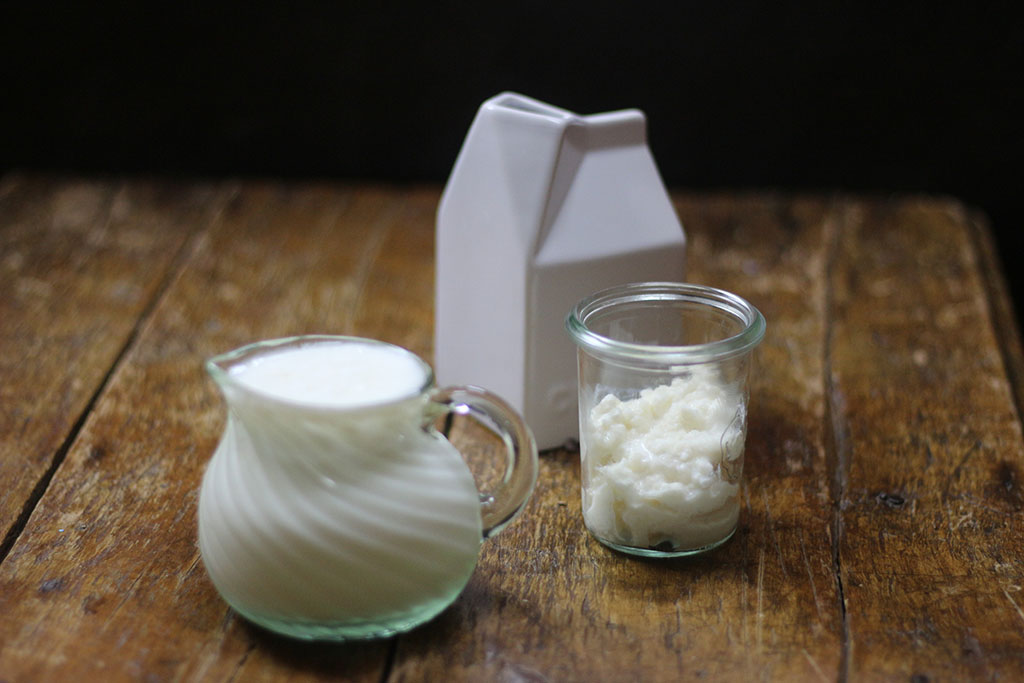 Captain of your ship and the master of your destiny. We’re shaped by the light we let through us.

I remember that day quite vividly. It was over fifteen years ago. It was February and bitter cold outside. I made myself a breakfast that I thought was healthy - high-fiber cereal and skim milk. Thirty minutes later a terrible feeling came over me, one that I recognized from having gestational diabetes with the pregnancy of my daughter. I had a blood sugar meter that I could test my blood sugar with, and when I saw the numbers my heart sank. I picked up the phone to call my brother-in-law, who was a medical physician. He very gently and kindly confirmed for me what I already knew. My blood sugar was too high and out of the normal range. These were diabetic numbers, but I already knew this. Devastated, I walked into the kitchen where my family was and burst into tears.

How could I have gone from running every day and racing through life to having diabetes and high blood pressure? And I was watching my extended family, one by one, deteriorate as well. It really broke me. I felt as though it was my fault and I could not find my way out of this situation. Having a four-pound preemie who was delivered prematurely in an effort to save my life just heaped more guilt upon me as I watched her struggle to grow and thrive. It was these experiences that changed my life. Changed everything, actually, and caused me to cry out from a deep place in my soul for help. Standing on the other side of these experiences, though, has caused me to be so thankful for the pain they caused.

Answers Came Swiftly And Turned My Life Upside Down 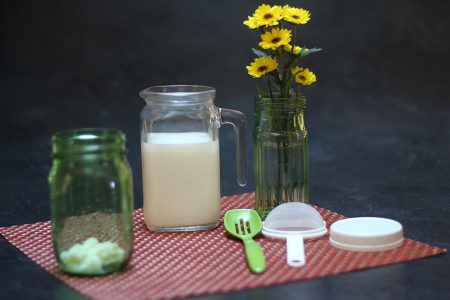 A couple of months ago I was talking to my husband about these very incidences. Not only did I find the answers I was seeking, but I found more joy and understanding of the human body and how it teaches us if we listen. Many people ask for wellness, but I have discovered that you must tune yourself to look for the solution and not focus on the pain of what you are living. I used to tell myself that I would find the answer, that it would come to me. Then I would hang on to that answer and hope for dear life. The answers came swiftly and turned my life upside down.

It was over sixteen years ago when I discovered during my third pregnancy that I had gestational diabetes. I managed it quite successfully during my pregnancy. My diabetes went away only to return with a vengeance seven months later, with a slew of other problems. I know a lot about diabetes since several people in my family have type 1 diabetes and my dad had type 2 diabetes. Watching my family live with this and gaining an understanding of what it can do to the body was a life-altering journey for me. I was not naïve about the difference between type 1 and 2 diabetes. They are quite different in nature - one is caused by the autoimmune system attacking itself (type 1) and the other (type 2) is caused by a condition known as “insulin resistance.”  In fact, in the early stages of type 2 diabetes, there’s plenty of insulin around but the body can’t use it effectively. I had type 2 diabetes and knew it was not something to fool around with. It can shorten your life and make you feel terrible. 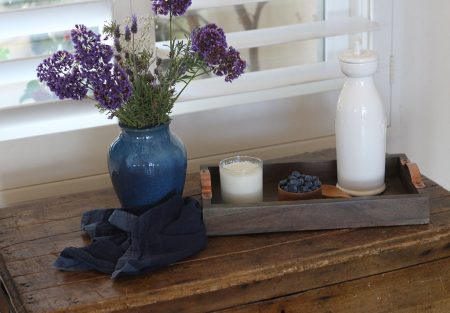 When I started drinking kefir, I was shocked at how quickly it lowered my blood sugar and blood pressure. So I did experiments on myself to see if it really was the kefir. After many trials, I was convinced it was the kefir. Drinking at least a cup of kefir in a smoothie every day, I watched my numbers normalize and diabetes quickly became a thing of the past for me.  My friend and CPA was the one who really clued me into how effective kefir was on blood sugar. She had just been diagnosed with diabetes in the last few years and it had been caused by her lifestyle choices and sedentary lifestyle. We talked about this often. She really wasn’t wanting to change her eating habits very much despite the diagnosis. I had told her to try kefir and every time she did, it would lower her blood sugar quite dramatically. She never wanted to be bothered making it and would fall off the wagon over and over again. So, a couple of months ago she called me in a panic. Her blood sugars were so bad that they were going to put her on insulin shots. She didn’t do very well with making kefir every day so I told her to use the kefir packages and make a gallon at a time. Then she would always have some kefir and wouldn’t have to make it every day. You have to meet people where they are. Some people aren’t going to do the things that I am willing to do. I always try to find their path of least resistance and something they will actually do. The results were once again a lowering of her blood sugar so that she never did have to go on the shots. She still has diabetes, but it is well managed and under control. Her doctor was so impressed that she asked for a copy of my book.

Diabetes And The Gut 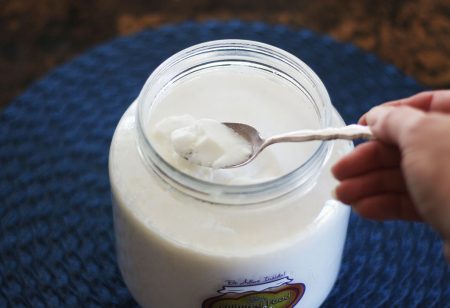 Many studies are confirming the presence of altered gut flora in humans and animals with obesity, insulin resistance, diabetes, and hypertension. Growing research suggests that people who are obese and resistant to insulin have microbes in their gut that are different from the microbes in healthy people.1 There is evidence that feeding probiotics and prebiotics to those with diabetes-related obesity and metabolic disorders can dramatically reduce insulin resistance, restore glucose sensitivity, and lower blood pressure and weight by altering their gut flora and encouraging the right kind of microbes to thrive and grow.2 This adds to a feeling of overall well-being. These conditions can be very draining and tax the body, so when you balance your gut, you liberate energy, lifting your mood and outlook on life.

Researchers at the Institute for Biomedical Sciences at Georgia State have discovered insights into how people develop insulin resistance which can lead to type 2 diabetes. Professor Andrew Gewirtz, who specializes in research on the microbiome, intestinal inflammation, and diabetes, said: "Alterations in bacteria have been associated with metabolic diseases, including obesity and type 2 diabetes, but mechanisms remain elusive."

Bacteria Penetrate The Mucus That Lines The Colon

One study done in the Veteran's Administration Hospital in Atlanta used human subjects who were being screened for colon cancer and also had type 2 diabetes. Biopsies taken from the colon were studied, and researchers think the gut bacteria penetrating the epithelial cells drove the inflammation which leads to insulin resistance. The study stated: "We conclude that microbiota encroachment is a feature of insulin resistance-associated dysglycemia in humans."3

“The data is impressive and may have opened a new field of investigation in metabolic function and type 2 diabetes,” said Dr. Samuel Klein, chief of the Division of Geriatrics and Nutritional Science at the Washington University School of Medicine Diabetes Research Center. Many studies4 are confirming5 the presence of altered gut flora in humans and animals with obesity, insulin resistance, diabetes, and hypertension. More and more evidence is pointing to the benefits of feeding probiotics and prebiotics to those who have these metabolic disorders, thus encouraging the shift in the microbiome.6,7

Traditional fermented foods are beneficial for people with diabetes. In addition to improving pancreatic function, which is of great benefit to diabetics, the carbohydrates in lactic acid–fermented foods have been broken down or "pre-digested." As a result, they do not place an extra burden on the pancreas, unlike ordinary carbohydrates. When I started consuming kefir, kombucha, and cultured veggies I watched as my blood pressure lowered and my diabetes went away and everything across the board began to improve. I want to note that as my blood sugars normalized I started feeling better which allowed me to start exercising and making better lifestyle choices which allowed me to heal completely. 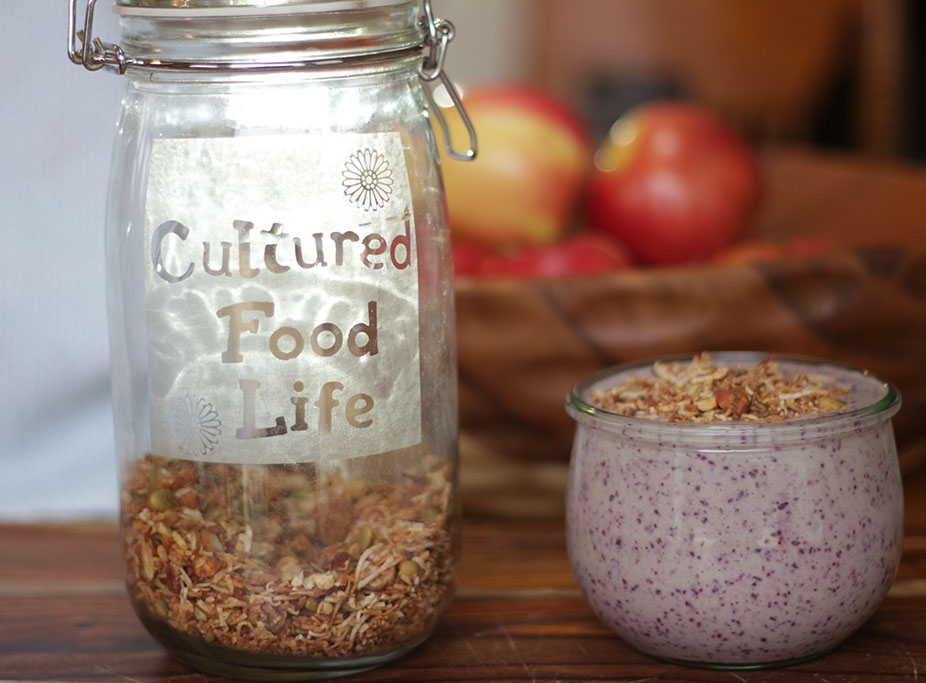 Three Hundred Different Strains Of Bacteria In Your Gut 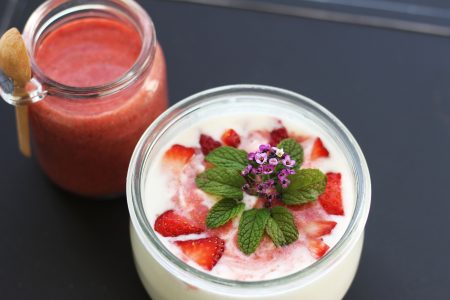 Normally, you have about three hundred different strains of bacteria in your gut. About ten to twelve pounds of your body weight is this intestinal colony of bacteria. If you are healthy, most of this colony consists of healthy families of bacteria, but if you are unwell, trouble will ensue. In total, you are at least 100 trillion cells of bacteria. You and I are living sacks of bacteria and nobody is really talking about this. Bacteria outnumber the cells in your body. When things go haywire, you can be sure that your bacteria have gotten out of balance. Diabetes is very inflammatory. The blood is not moving through the arteries in a fluid fashion, but instead, the blood creeps through like sludge when blood sugar is high. Kefir is anti-inflammatory and this will help every function in the body. It is also full of enzymes, which relieve stress on the pancreas. It is full of beneficial bacteria that help cells communicate with one another in ways that only essential bacteria can communicate. Kefir is an important probiotic that has many bioactive ingredients which give it unique health benefits. Consuming kefir helps a myriad of problems. It did for me and countless others I have helped.

The difference between how I feel now and when I had diabetes is like comparing two different people. I can feel with every fiber of my being that my body has found its rhythm and loves life. The body gives us clues every day and the better you feel, the more you will know that you are on the right path. It all started with drinking one cup of kefir a day. One of the reasons I have a blog, write books, and teach classes, is because I really do want others to feel the same wellness and joy I feel. When you feel better you do better. It just spills out of you. Don’t be surprised if it happens to you, too. Joy is hard to control.

Ready to make some kefir?

Here are the two methods for making kefir: 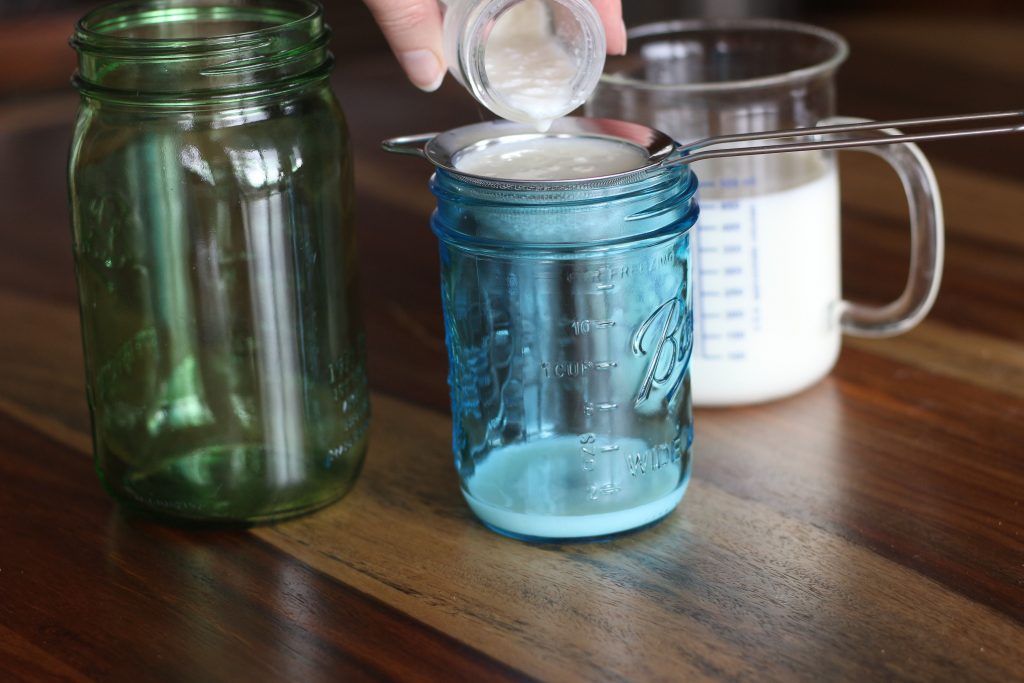 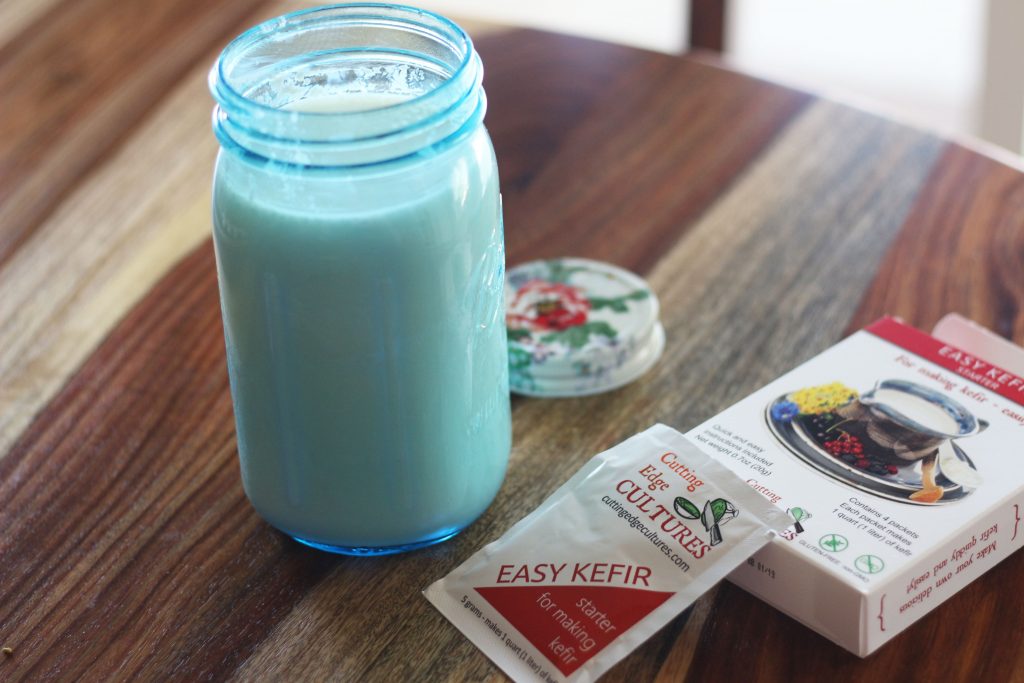 Kefir was life changing for me in regards to blood sugar problems. Find out how kefir can help your blood sugar by changing the microbiome and enhancing your overall health.