If you like this, then please share!
Non-Dairy Kefir Wants a Date How Many Cultured Foods Do I Eat In a Day?

Your Microbes Want This Coffee

The Power Of Prebiotics

Healing With A Coffee Alternative 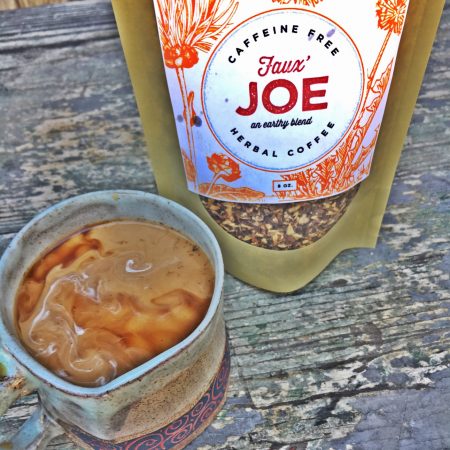 When we were healing my daughter's Irritable Bowel Syndrome (IBS) many years ago, I didn't realize that, along with cultured foods, we were including a powerful addition that made a huge difference in her recovery. I actually discovered many years after she healed, and it has opened an entirely new world for me.

Maci always loved coffee, but her gut couldn't handle it (along with a bunch of other foods she had become allergic to).

I found her a replacement for coffee called Faux' Joe which she loved. She drank this every day, sometimes several times daily. At the time I didn't realize this special drink, actually had several prebiotics (food for bacteria) in it which were feeding the good bacteria in her gut.

If you want to change and heal quickly, then add prebiotics along with cultured foods and watch how fast your body responds and brings balance. The combination of cultured foods consumed with every meal along with this prebiotic drink made her gut heal and her food allergies became a thing of the past.

This particular tea or coffee alternative has a blend of the prebiotics barley, dandelion root, chicory root, along with just a touch of carob, coconut, and cinnamon, and was delicious. Dandelion root, chicory root, and barley are all prebiotics that helped her flora grow, flourish, and heal. It's a great drink and your gut loves it more than you do.

The really cool thing is that some of these prebiotics in these drinks cannot be killed by heat, so you can drink them hot or cold. I really love coffee, but since I have found these I have switched because they have prebiotics, no caffeine, and taste fantastic! One more thing you can do if you don't want to give up your coffee is to consume the prebiotic Prebio Plus. Add just a scoop to your coffee and it adds prebiotics to your drink and has just a hint of sweetness that you will really enjoy.

You can find Prebio Plus in my store:

I love putting Prebio Plus in my coffee! 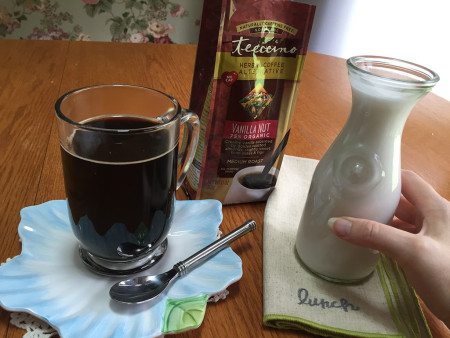 Teeccino Herbal Coffee is a great substitute for coffee.

I love it with a splash of coconut milk. They have all kinds of flavors and claim it is America's #1 Coffee Alternative. It is roasted and ground to brew and taste just like coffee. Coffee lovers will like Teeccino's nutritious health benefits with its natural energy boost. The prebiotics included in each cup are barley, dandelion root, and chicory root. If you are gluten-free, they have a barley-free Teecino. 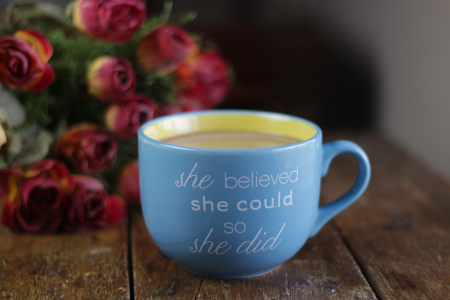 These are the things I drink and include in my life. You're going to be hearing a lot more from me about prebiotics. They are every bit as important as the probiotics in cultured foods and they will help build your good bacteria into a mighty army to make you healthy and strong! If I can help you find cultured foods and prebiotics to replace some of the unhealthy versions of food, eventually the good bacteria will grow, crowd out the pathogens, and change your cravings and taste buds. And before you know it, you'll be craving foods that love you back! It's my underlying plan. If you hang with me, eventually my powerful belief in your bacteria and your body's ability to heal you will win out. Me and my microbes are a powerful combo, and together we want to change the world for the better, so . . .  resistance - is futile.

I will convince you sooner or later, just you wait and see!

On this podcast, I talk about the things I drink and include in my life that help strengthen my immune system and gut flora. This is one of the things we used in helping my daughter heal from IBS and food allergies. They had a huge impact on her life and mine too. Listen to learn more.

If you like this, then please share!
Posted in Health and Wellness
Non-Dairy Kefir Wants a Date How Many Cultured Foods Do I Eat In a Day?