Skip to content
If you like this, then please share!
Your Microbes Love Coffee Just As Much As You Do Resistant Starch — The Key To Extraordinary Health Benefits

Why People Fight Over Kefir

The Many Legends of Kefir 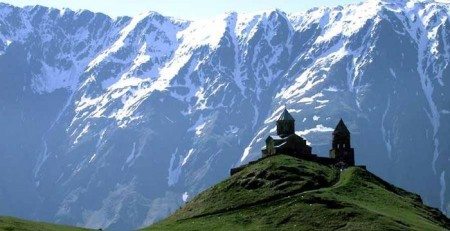 One of my favorite things about kefir is the many stories, legends, and history behind it. It has been around for thousands of years and the stories are many, as are the mystics behind this food. It would make a great documentary! One of the first stories I heard dates back to the time of Abraham. It is there, in ancient scrolls found in Turkey, that the patriarch Abraham credits his long life to this fermented milk. Another story passed around said that the manna that fell from the sky to feed the children of Israel was actually kefir grains; and still another legend, told in Turkey, is that kefir was given to Noah from an angel to sustain him. Even Marco Polo mentioned kefir in the chronicles of his travels in the East.

The most documented story about kefir took place in the Caucasus Mountains, between the Black Sea and the Caspian Sea. Legend has it that the prophet Muhammad claimed that the grains were a gift from Allah. He then gave kefir grains to the people and taught them how to make kefir. The “Grains of the Prophet” were guarded carefully since it was believed that they would lose their strength if the grains were given away to the wrong people, allowing the secret of how to use them to become common knowledge. Throughout the centuries, people occasionally heard strange tales of this unusual beverage which was believed to have “magical” properties. The people in the Caucasus Mountains have been drinking kefir for over a thousand years, and they are known for routinely living to well over 100 years old. Not many people outside the Caucasus region used kefir, and it was mostly forgotten about for hundreds of years until news spread of its use for the treatment of tuberculosis. Russian doctors believed that kefir was beneficial for health and the first scientific studies of kefir were published at the end of the nineteenth century. Unfortunately, the kefir grains required to make milk kefir were extremely difficult to obtain. 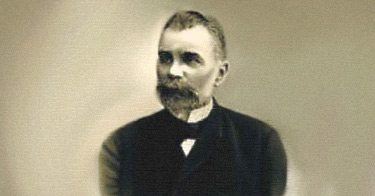 Russian doctors wanted kefir grains, so in 1908 a committee of Russian doctors, determined to get some grains, came up with a plan. They contacted the head of the Moscow Dairy, Nikolaj Blandov. He had connections in the Caucasus Mountains where the dairy made some of their cheese products. They sent a beautiful employee named Irina Sakharova to the court of a local prince to see if she could entice him to give her some grains. The prince was quite taken with her but had no intentions of giving her kefir grains, so instead, he kidnapped her for himself. However, Tsar Nicholas II was not happy when he discovered what the prince had done, and he ruled that the prince was to give Irina ten pounds of kefir grains to repay her for the insults she had endured. The precious kefir grains were taken back to the Moscow Dairy, and the first bottles of kefir ever manufactured commercially were offered for sale in Moscow in September 1908. By the 1930s, kefir was made and sold on a larger scale and the rest is history. In 1973, the Minister of the Food Industry of the Soviet Union sent a letter to 85-year-old Irina Sakharova thanking her for bringing kefir to the Russian people. 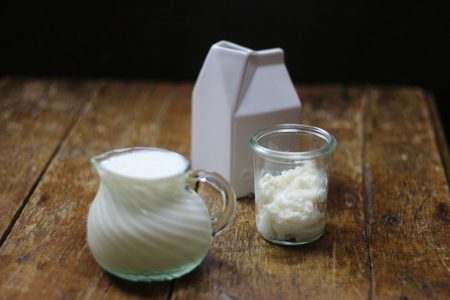 Kefir grains are so unique that scientists can’t duplicate them. Even though they know exactly what’s in kefir grains, they can’t make the real thing. Scientists have all the ability and technology in the world to alter molecules and make drugs, but they can’t create kefir grains no matter how hard they try which adds even more mystery and intrigue to their origin. Kefir seems to have been around since time began and has written its own story on my heart and the lives of my family and friends. I’d like to believe that kefir came to me just like it has to the many people throughout time. And just like the prophets, patriarchs, and pioneers, I will carry on kefir's legacy. The stories are quite astounding, and they still continue to grow, but none have meant more to me than my own story. Kefir came to me when I needed it most and my books and website are the results of this miraculous food.

Maybe it is time for you to meet my friend kefir?
Click here to learn how to make kefir or click on the extra recipes below.

I have discovered that in certain parts of the world, kefir has been strongly linked with an unusually high number of centenarians. In the Caucasus Mountains, Kefir (called the "Miracle Food") is a staple food. Many have lived over 100 years, and some claim to have lived to be much older. [1] Kefir is much stronger than yogurt because of the many (over 50) strains of bacteria in kefir.

A new 2021 study done in Japan found that centenarians may appear to have a special type of gut bacteria that may contribute to longevity. In particular, they have specific strains of an organism known as Odoribacteraceae. It makes bile acids that act as antimicrobials against a range of illnesses.[2]

Centenarians in Sardinia, Italy, have a higher diversity of core microbiota species and microbial genes than those in the young and elderly.[3]  The microbiota in these centenarians have a high capacity for central metabolism, especially glycolysis - the process in which glucose is broken down to produce energy,  and most importantly fermentation to short-chain fatty acids (SCFAs). There is evidence showing that the gut microbiome contributes to the regulation of longevity and healthy life.

I don't go a day without kefir. It is keeping me young and I see the evidence every day. Kefir has been a gift to me that keeps on giving. 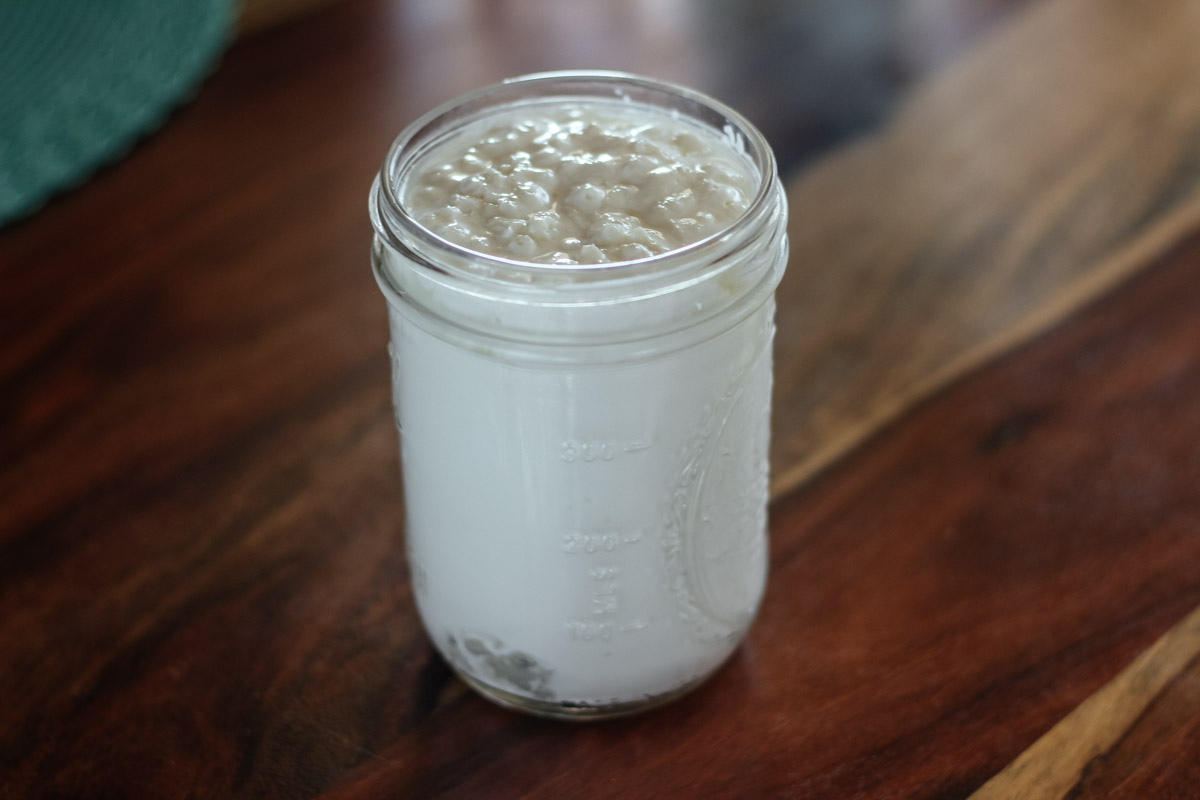 How to make kefir and Fun Recipes

How To Make Kefir

One of my favorite things about kefir is the many stories, legends, and history behind it. It has been around for thousands of years and the stories are many, as are the mystics behind this food. It would make a great documentary! Kefir seems to have been around since time began and has written its own story on my heart and the lives of my family and friends. Tune it to hear the history of kefir and how it can help you too!

If you like this, then please share!
Posted in Milk Kefir
Your Microbes Love Coffee Just As Much As You Do Resistant Starch — The Key To Extraordinary Health Benefits