If you like this, then please share!
10 Natural Miracles I Found To Lower Stress UTIs, Yeast Infections, and Cultured Foods

Two Women Who Convinced Me to Make My Own Bread

They Made Bread and History 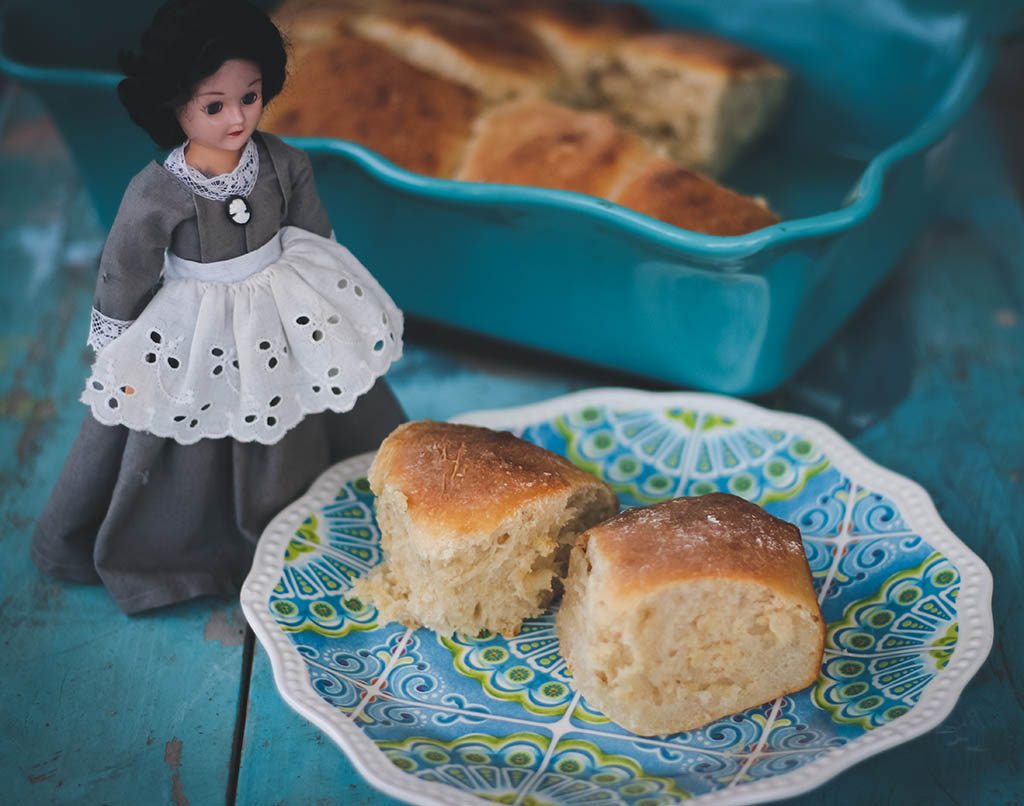 I was twelve years old and taking a school field trip to Gettysburg, Pennsylvania, where the largest battle of the American Civil War as well as the largest battle ever fought in North America, took place. Little did I know that this particular trip would have a tremendous impact on my young life and set things into motion that my future self would be doing on a regular basis. The tour guide led us to a home that was still intact from the civil war and was held as a shrine to the only civilian killed during the Battle of Gettysburg. That civilian was a young 20-year-old woman named Jennie Wade.

Jennie Wade was a determined young woman who was afraid of nothing. When there was a job to do, or someone needed help, she was the first one with her sleeves rolled up. Her sister had just given birth, so she was in Gettysburg caring for her sister and the new baby while still finding the time to bake bread all day for the soldiers and nurses.

On July 3, 1863, the day began very quietly, with nothing but silence coming from the battlefield. But as the day wore on, there began to be more gunshots once again and many civilians hid in their cellars or shelters. But instead of hiding, Jennie decided to keep baking bread and biscuits for the soldiers. It was on that day that Jennie was kneading dough in the kitchen when a rifle bullet pierced two doors and claimed her life. 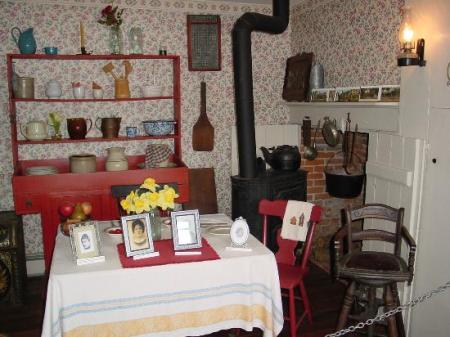 I remember that tour as we walked into the kitchen and saw where she had stood and made bread, and I witnessed the many bullet holes in the walls and doors and the bloodstains that had remained. It was just an old story to my schoolmates around me, but it stirred something inside of me. One of the virtues I most value is courage, and Jennie had much of it.  I wanted to be courageous, too, and to make my life count for something. Jennie demonstrated that by doing something as simple as making bread for people in need. I went to the gift shop and spent all the money I had on a Jennie Wade doll and took her home with me. I placed her on my dresser and looked at her every day - and I still have that doll to this day.

If you want a more interesting life then learn something new. 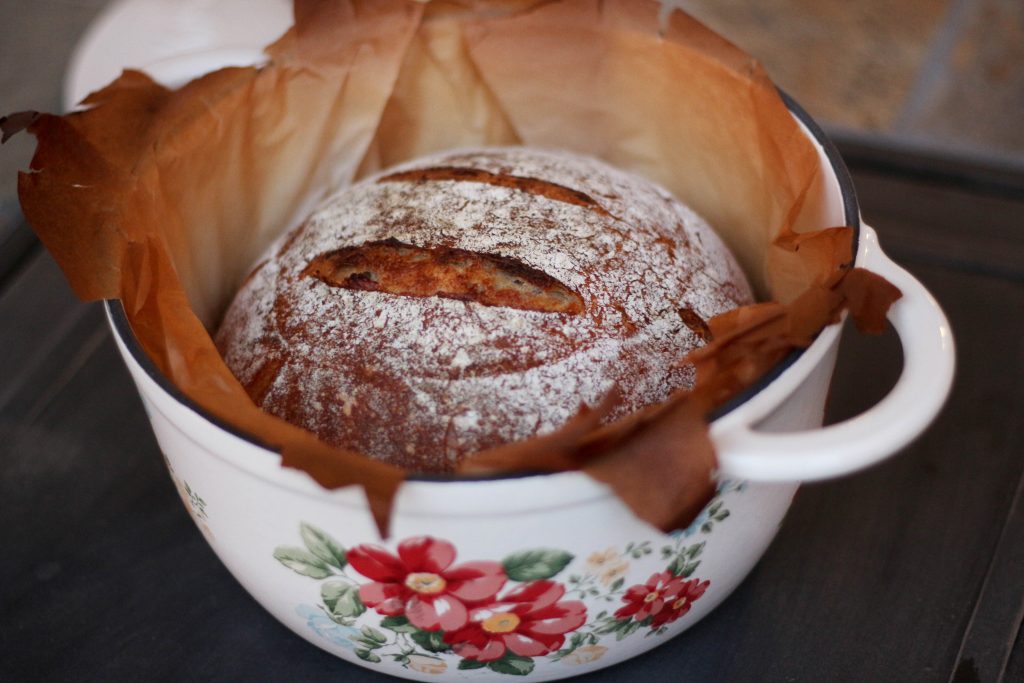 A few days later, I found an old recipe and a story about Sally Lunn. The story of Sally Lunn is told in many different ways, but legend has it that a woman named Solange Luyon went to Bath, England, in 1680 after escaping persecution in France. She worked in the kitchen making buttery brioche bread and was selling it in the streets, known in those days as Lilliput Alley. But Solange – who, due to her colleagues' unfamiliarity with French pronunciation, became known as Sally Lunn. It seems that customers were soon visiting the Lilliput Alley bakery specifically requesting the Sally Lunn bread, and today Sally’s bread has earned legendary status around the world.

Intrigued by Sally and her bread, I told my mom I was going to make some. My mom was not a bread baker but she encouraged me to try it even though she had never made it herself. I shall never forget when I pulled that successful loaf of bread from the oven. At 12 years old this felt like a big deal and I had done it all by myself. It made me feel proud, and maybe not courageous, but it was a beginning for me. I found joy in food and recipes and it planted a seed that changed my young life. From that day to this, I have learned much about making bread and found many years later how beneficial using sourdough cultures are to rise my bread. I make bread every week and I have a young 20-year-old woman who gave her life making bread for soldiers to thank for this. None of these foods I talk about are just food to me but rather stories and lessons that have been weaved into my life since I was young. Walking in the footsteps of those who had gone before me, I found guidance that felt like little bread crumbs to follow, leading me to the life I have now.

It's not the bread, it's what we've done to the bread.

Much is being said about how bad bread is for you, but for generations it has sustained many. This led me to discover that it was never the bread, but rather what we have done to the bread that is causing harm to so many individuals. Our modern-day wheat is loaded with chemicals and has been genetically modified. We now use different kinds of yeast to rise our bread instead of bacteria cultures which change the structure of the bread itself - not to mention what has happened to our guts that are largely devoid of the bacteria they need to help us process our food. We have lost our way in all of this and blamed the bread when the bread is just a symptom or sign that we need to rethink all we are doing and eating. I have written another blog about this in more detail, Can Sourdough Change the Gluten-Free Diet, but I hope this will enlighten you and allow you to begin looking at your life and your food differently. We have a contract in this life with food and there are signs all around us, lessons to be learned, and delicious food to make, eat, and treasure.

I recreated Sally Lunn's bread and made them into rolls and wanted to share the recipe with you. These are special sourdough rolls I make for family and company. The process I use is a little different from other recipes since I use a sourdough culture. During Sally's era, there were no instant yeasts, they only used cultures to rise the bread. All the recipes using her name use instant yeast so I made my own version. Instant yeasts are hard on you and sourdough's slow rise culture is the way to go. I'm sure Sally would agree!  The slower and longer rise allows the bread to be infused with even more good bacteria, making the bread become more digestible and delicious. I hope you enjoy it and will never look at making bread the same way again because you never know when it could change a life.

“I have come to believe that food is history of the deepest kind. Everything we eat tells a tale of ingenuity and creation, domination and injustice-and does so more vividly than any other artifact, any other medium.” From the book, Sourdough by Robin Sloan

Get My Sourdough Culture

Much is being said about how bad bread is for you, but for generations, it has sustained many. This led me to discover that it was never the bread, but rather what we have done to the bread that is causing harm to so many individuals. Tune in to learn more.

If you like this, then please share!
Posted in Sourdough
10 Natural Miracles I Found To Lower Stress UTIs, Yeast Infections, and Cultured Foods