Fermented Foods Can Help With Constipation and Diarrhea 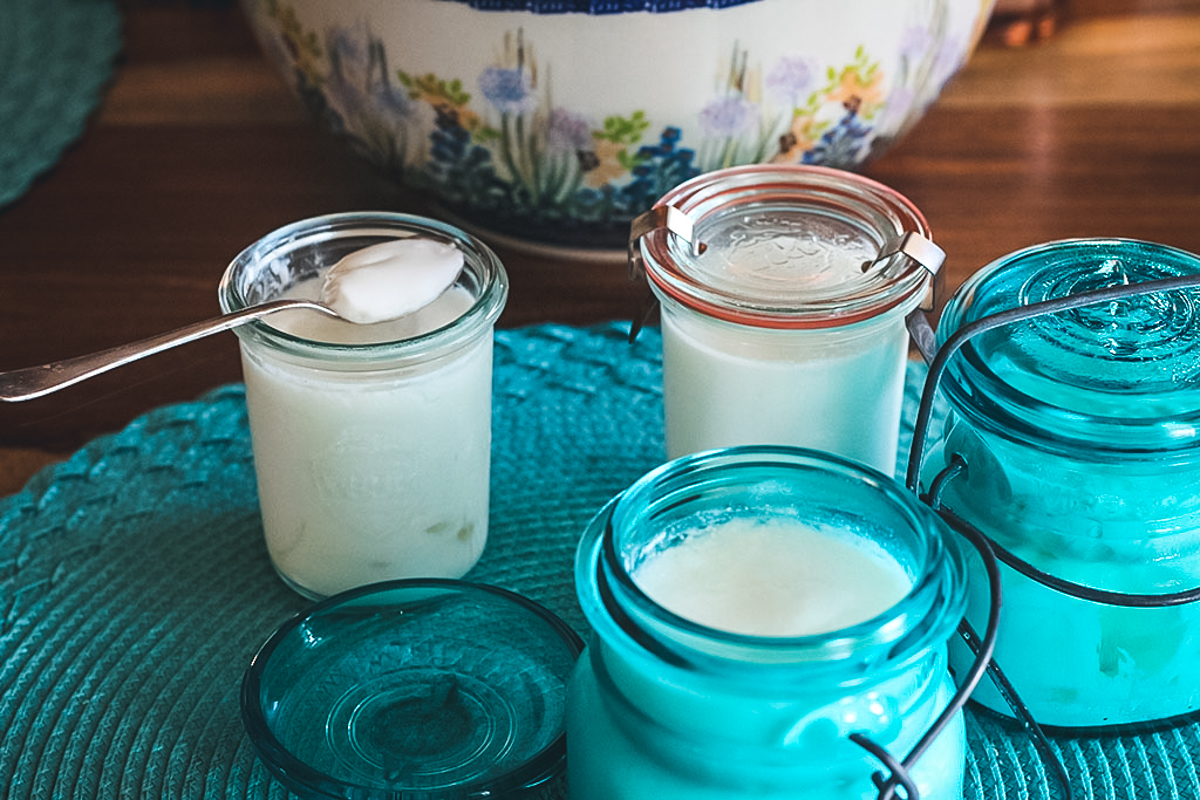 Nobody really wants to talk about constipation and diarrhea, but it's something everybody deals with at some time in their life. I've had so many people find help with these ailments that despite most people not wanting to talk about elimination, it's something that can be your best teacher if you know what to look for and how to help your body.

One of the first people that I told about kefir was an older man who was in his seventies and had been on constipation medication for over ten years. When he tried kefir he came to me almost in tears. One week on kefir, and after years of medication and not having regular bowel movements, he was finally free and having regular movements every day - sometimes twice. His words were moving and life-changing for him and for me. I had no idea kefir could help with this! Fast forward two decades later and so many people have found relief from this ailment that was a sign from their body that they were struggling.

My husband drinks kefir every day for this very reason. He said without it he gets constipated and so every morning before he heads to work he has a glass. Life is your best teacher and I believe the microbes and our bodies can teach us so much if we only listen. 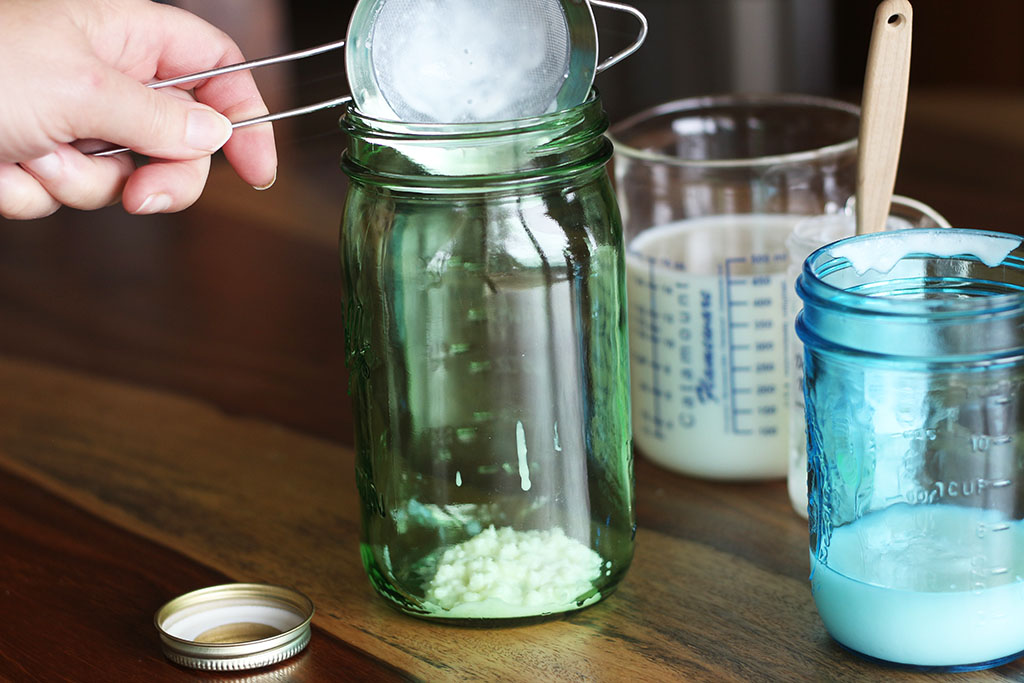 Constipation happens in your large intestine. This long muscular tube heads up your gut’s job to absorb water and flush out waste. If this movement doesn’t happen the wastes sit there for too long and stools become hard and difficult to pass. Your microbiome contains a diverse collection of trillions of bacteria and it helps to break down food and regulate bowel function. When you’re constipated, it may be a sign there could be an imbalance between friendly bacteria and the bad species in your large intestine or a lack of microbes due to poor diet, lack of fiber, and prebiotics, or antibiotics that have harmed the beneficial microbes that keep things in balance.

Constipation, diarrhea, stomach upset, or pain when you eat is always a sign that your gut is struggling and needs your help. These symptoms can develop after you take antibiotics or other medications and they are always a sign that your gut is out of whack. Having cultured foods can greatly help bring balance to these symptoms. One way kefir may help is by lowering the pH in the colon via short-chain fatty acids (butyric acid, propionic acid, and lactic acid). A lower pH or a more acidic colon enhances movement.

A study was done in Japan with mentally and physically handicapped residents of a nursing home who struggled with constipation. Glycerol Enema (GE) is used to treat constipation in these patients. The administration of GE not only causes mental and physical stress to handicapped people but also causes physical damage to nurses.

Kefir-fermented milk was ingested three times per day (total 12 ounces) for three months to see if it could prevent constipation. They found that four of the eleven participants showed improvement in bowel movements without the administration of GE. Although this study was carried out with a highly limited number of subjects, the results implicated that adding kefir to the daily diet of handicapped people might have benefits for constipation. Even though further studies are required, this study suggests that the oral intake of kefir would contribute to the reduction of the physical labor of nurses spending much time and effort in the administration of GE, and also contribute to an increase in the quality of life for handicapped people.1,2

A study in the Turkish Journal of Gastroenterology in 20143 studied two groups of patients. Twenty consecutive patients with functional constipation were divided into two groups based on their colon transit. 500 mL/day of fermented kefir beverage was administered to all patients for 4 weeks. The first group of ten had “normal transit” and the second had “slow transit" (constipation). The patients themselves kept daily records. At the end of the study, all the patients showed an increased stool frequency. 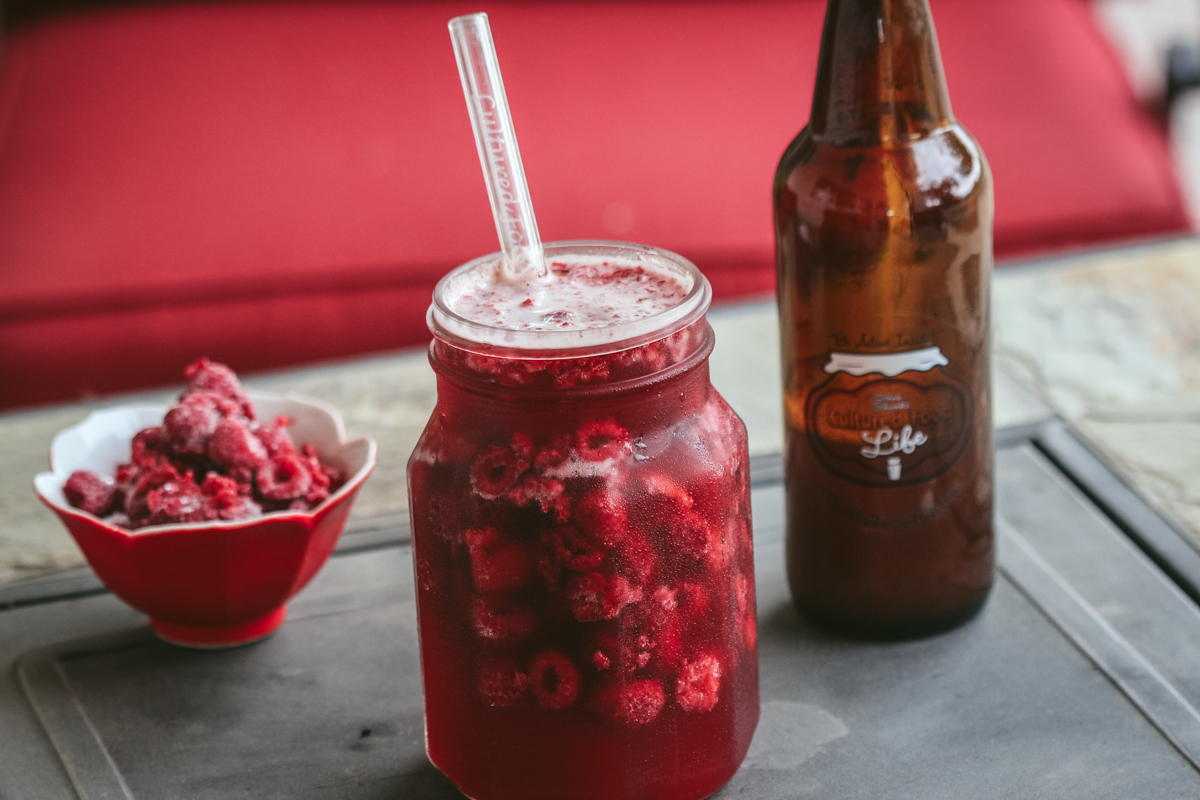 Researchers have studied fermented food's effect on gut problems. Many studies found that fermented milk eased symptoms of irritable bowel syndrome, (IBS)  I personally saw this when my daughter struggled with IBS. Fermented foods can bring about so many beneficial changes in gut bacteria. They also provide increased vitamins and nutrients that might be lacking and allow for proper elimination and help for diarrhea, IBS and stomach distress.

Saccharomyces boulardii is a powerful probiotic that cannot be killed by antibiotics and the reason being is S. Boulardii is a probiotic yeast. We need not only good bacteria but good yeasts as well to keep us in balance.

When I discovered that S. boulardii was in kombucha and was helping a friend with acute diarrhea (when nothing else would), I did more and more research on this powerful probiotic only to find more benefits from making and consuming kombucha.

S. boulardii is one of the most thoroughly researched of all probiotic supplements.4 It is now used to treat Clostridium difficile (C. diff), acute diarrhea, antibiotic-associated diarrhea, some parasitic forms of diarrhea, and other gastrointestinal disorders.5 S. boulardii can also act as a decoy to harmful pathogens. It attracts and binds with the pathogens, keeping them from attaching to the intestinal wall and doing damage. Many people have expressed how much kombucha has helped them with chronic diarrhea. It seems to be the only thing that really works for them, and it's simply a delicious fermented tea - not a drug that can have side effects.

S. boulardii is absent from the natural gut since it is a transient yeast that passes through the intestines after ingestion. If taken every day, it provides a steady stream in the colon within three days and is cleared from the stools two to five days later. [6]  It does not attach to the mucosal cell lining but works its magic on you as it moves through the gastrointestinal tract. When S. boulardii is present, it inhibits toxins from binding to intestinal receptors and steals the metabolites it needs to survive. Thus many pathogens pass out of the body unable to survive in the presence of this powerful probiotic. They even found that other pathogen strains like E. coli, Salmonella typhimurium, and S. Typhi adhere to the surface of S. boulardii, thus preventing them from attaching to the mucosal lining and passing through the body rendering them harmless.F 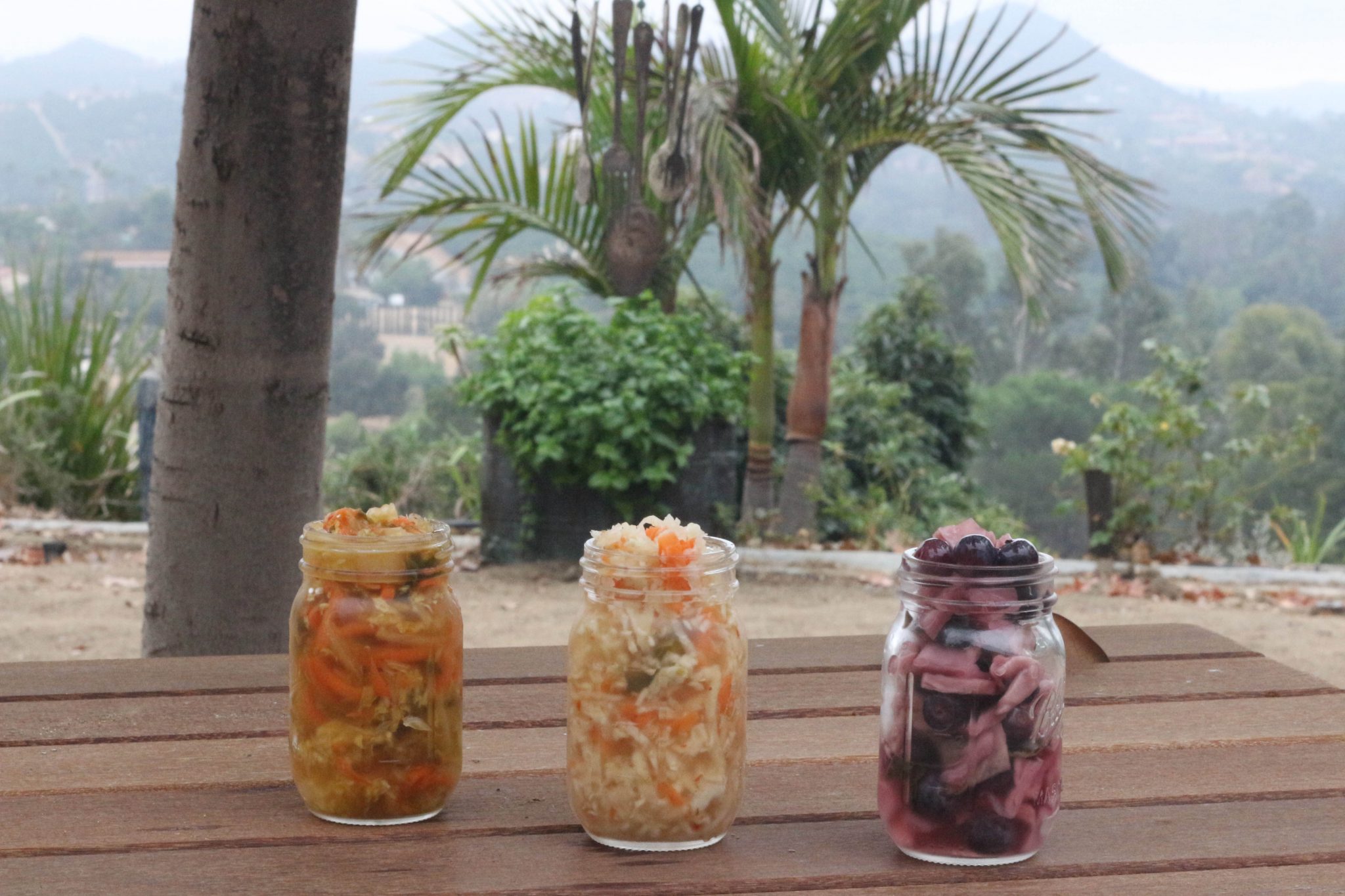 Lactobacilli and Bifidobacteria are recognized as beneficial species with various health-promoting functions such as the production of short chain fatty acids (SCFAs) and stimulation of intestinal peristalsis. A large randomized controlled trial demonstrated that the intake of Lactobacillus Plantarum and Bifidobacteria was able to significantly relieve the evacuation disorders and hard stools in patients with constipation. [7]

Lactobacillus Plantarum is abundant in cultured vegetables and can prevent gastrointestinal side effects like diarrhea in antibiotic-treated patients. [8] 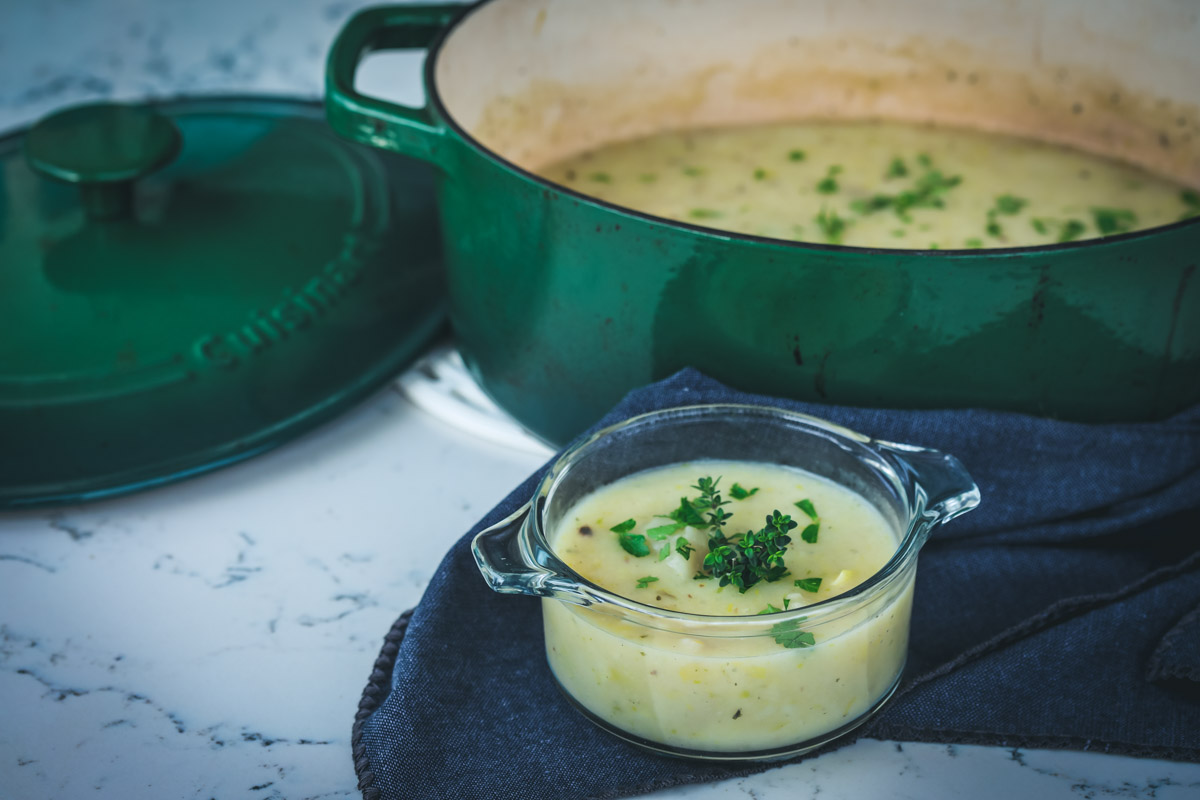 Another thing that can greatly soothe your gut and help with healing is to consume bone broths and gelatin. Bone broth and gelatins are exceptionally healing for the mucosa lining the wall of the gastrointestinal tract. They contain special amino acids that assist in the repair of the gut wall and help to bring nutrients that are sorely needed. These foods can help people with leaky gut syndrome who often have a porous intestinal lining. Gelatins and bone broths can help seal those up which can help ease chronic diarrhea, constipation, and even some food intolerances. 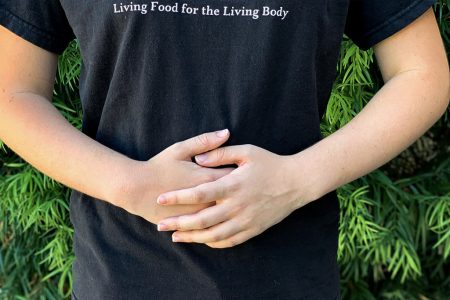 Now, something that can occur when you first start consuming cultured foods is called a Healing Crisis. This can sometimes be accompanied by constipation or diarrhea that is usually short-lived. When you first start ingesting cultured foods, the body is flooded with probiotics that want to kill pathogens. A lot of extra debris can accumulate in the colon as the body tries to shed all the waste of the die-off which can give you diarrhea or constipation. If this occurs, then you'll need to have lots of water and fiber. Adding psyllium husk can be really helpful with removing unwanted debris. These organisms can be bacteria, viruses, fungi, or other harmful pathogens. The medical term for a healing crisis is the “Herxheimer Reaction.” The cells release toxins into circulation and the body is not able to eliminate them quickly enough. Besides containing massive amounts of beneficial bacteria, cultured foods also contain many active enzymes which act as extremely potent detoxifiers. There are huge amounts of good bacteria in cultured foods and it is like sending an army to clean house inside of you. This is such a good thing, although it can be uncomfortable and a bit scary if you don’t understand what is happening.

Check out this article for more info:

Learn To Make The Trilogy 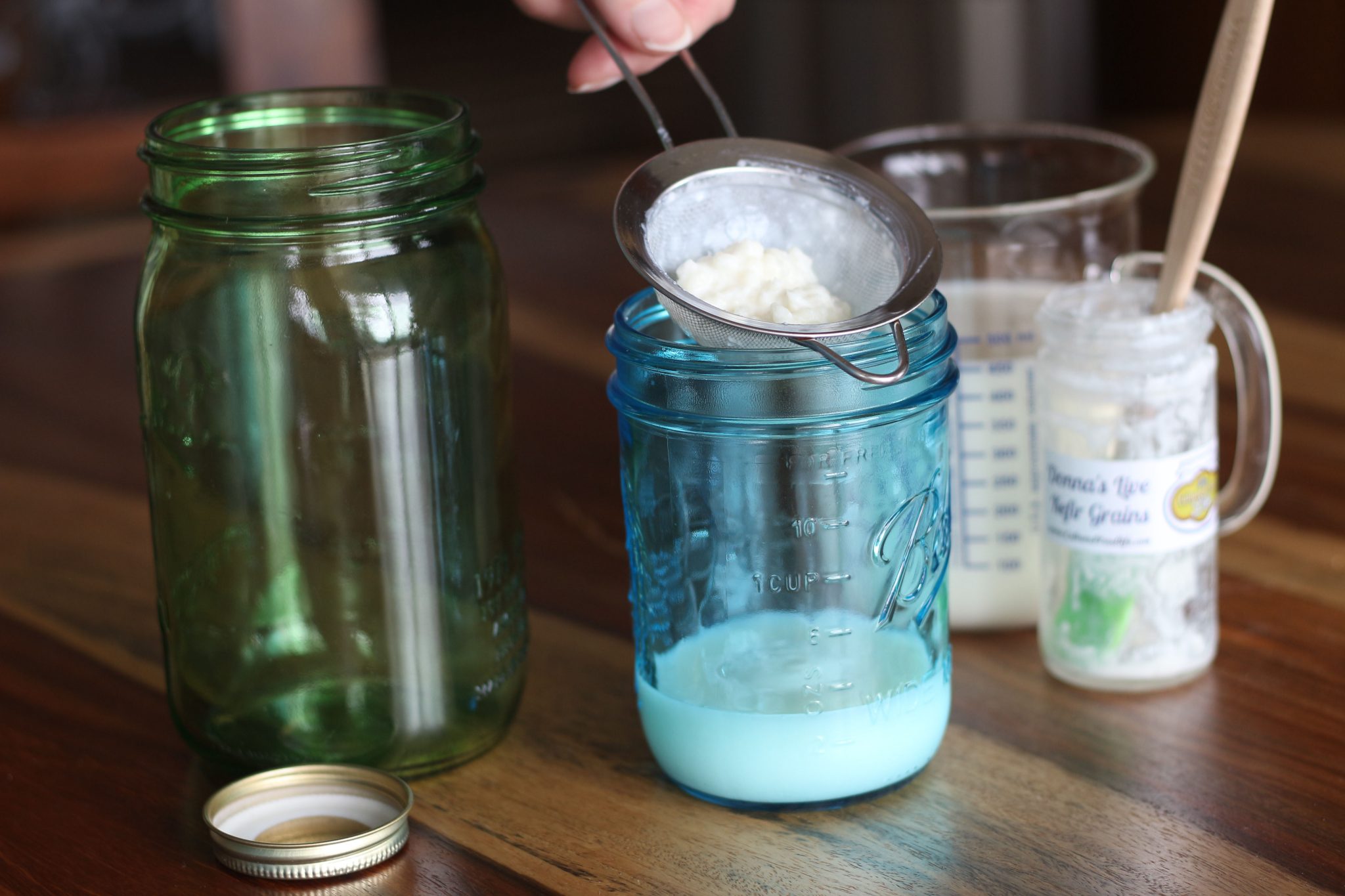 How to Make Milk Kefir 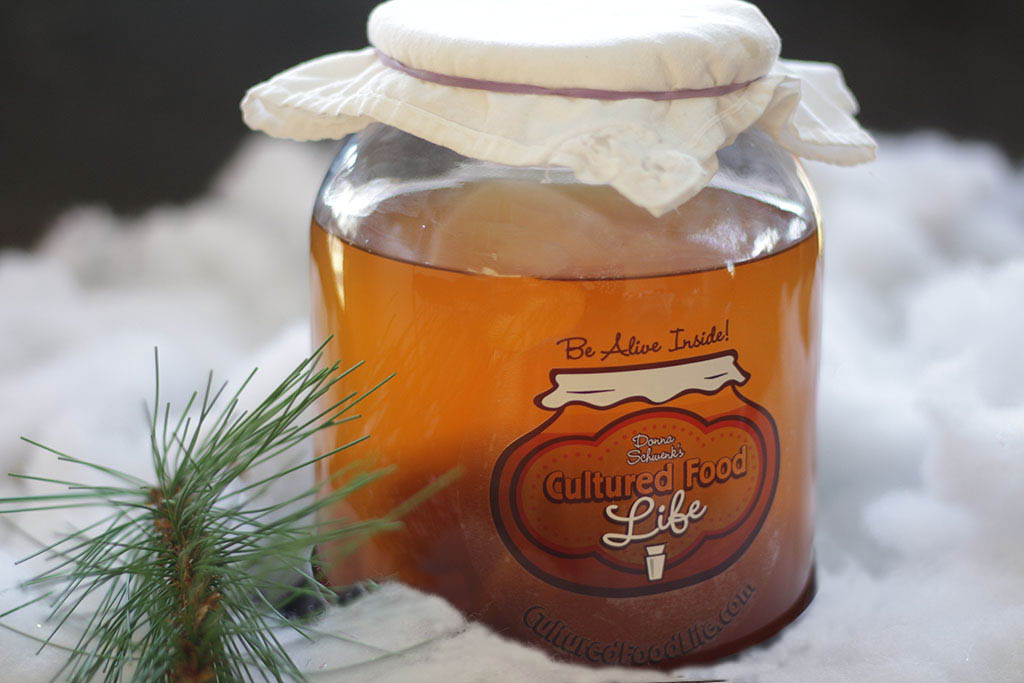 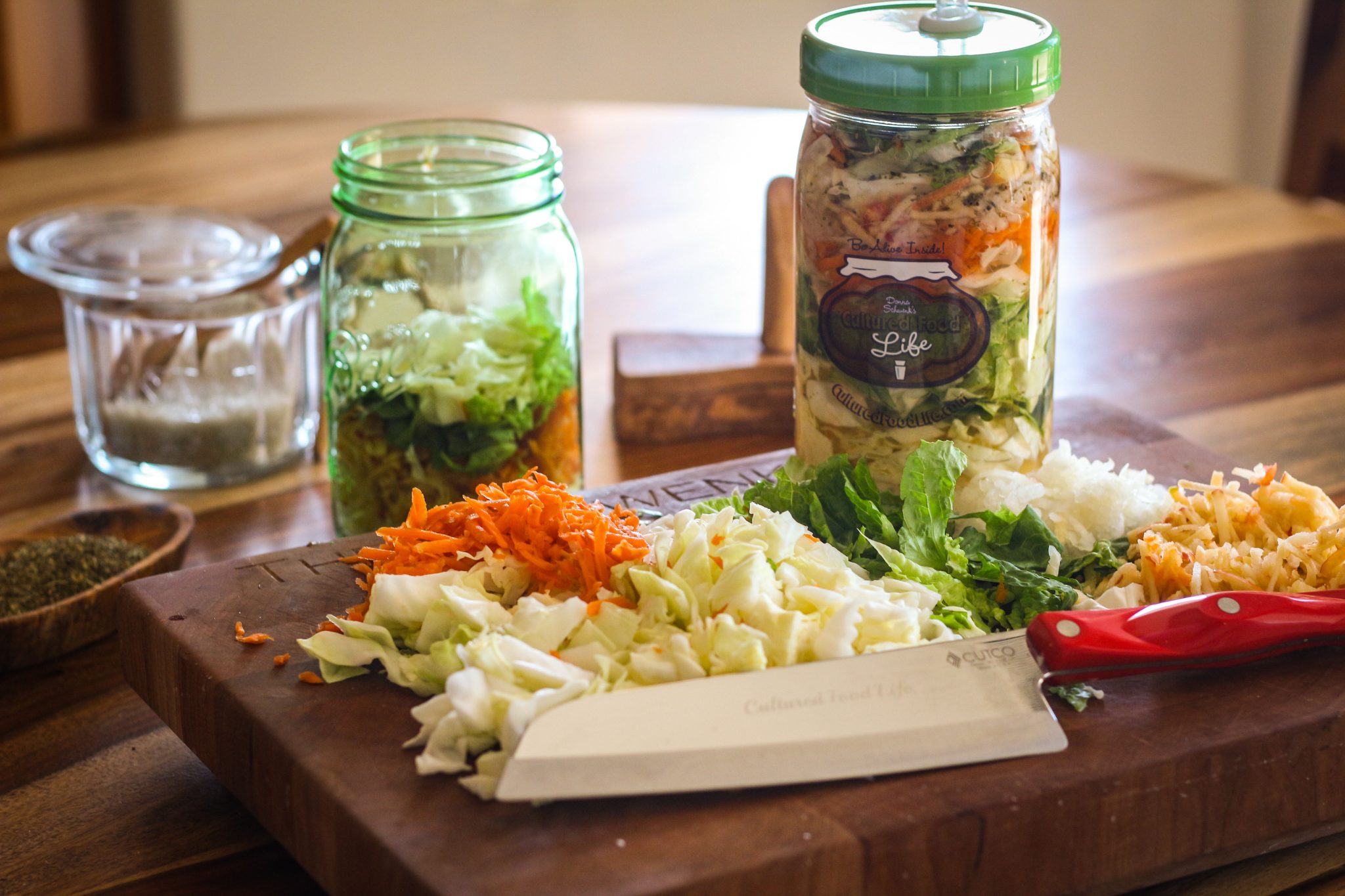 How to Make Cultured Vegetables

Nobody really wants to talk about constipation and diarrhea, but it's something everybody deals with at some time in their life. I've had so many people find help with these ailments that despite most people not wanting to talk about elimination, it's something that can be your best teacher if you know what to look for and how to help your body. Check out this podcast to learn more.

If you like this, then please share!
Posted in Health and Wellness
My Favorite Cultured Foods Milk Kefir FAQs