Gain Wisdom From Your Kraut 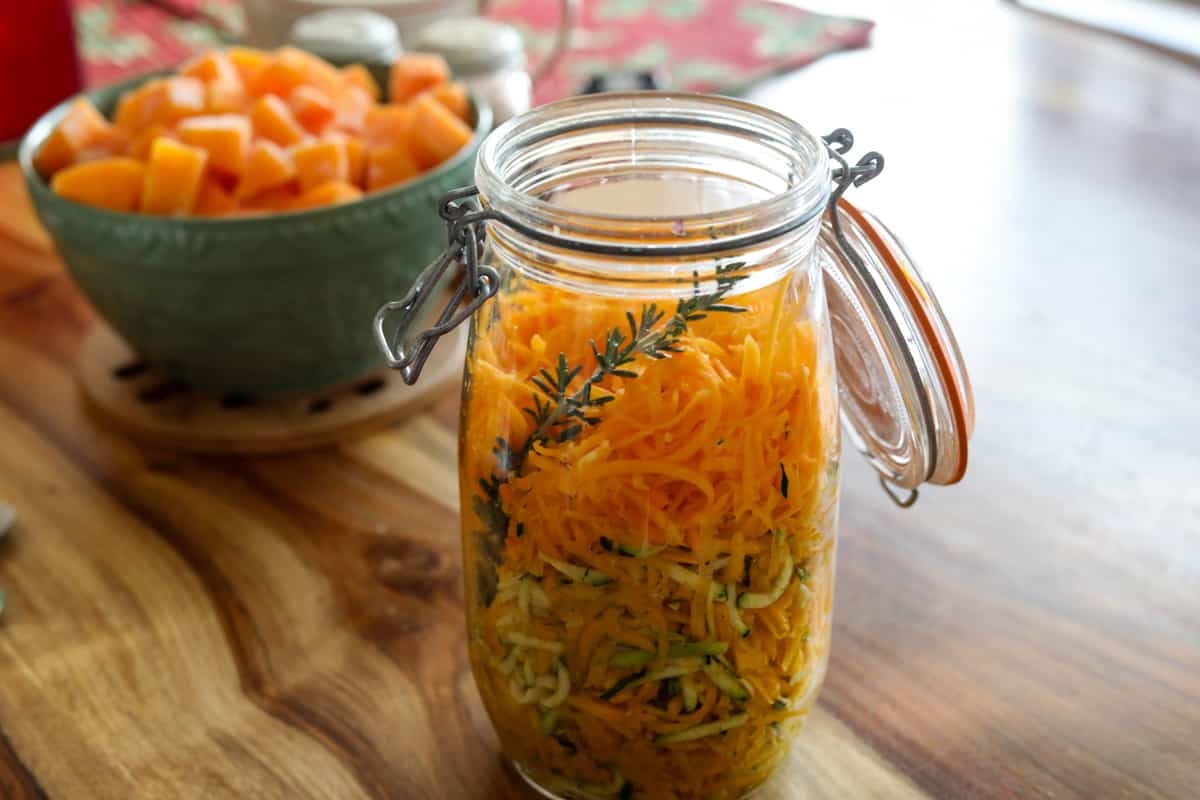 Many of you write to me and ask how you can encourage friends and family to eat these foods. Like you, I notice how sick our loved ones are and want to help them but they don't always want to listen. This is something that has happened to me many, many times and I finally discovered that words don't teach, but life experience is the best teacher of all. For many years people thought I was crazy for eating and making these foods. I didn't care, for I had gone from hoping they would work, to believing, and then to a strong knowing that they would work. Nothing in the whole wide world could now convince me that these foods aren't powerful medicine that will heal and make well all who consume them. I double-dog dare you to try and prove me wrong - it's just not gonna happen. I gave up trying to convince people and I now let my own life teach as an example. Once I did this, the people who were ready to hear my message found me.

Don't try and convince your friends. Just consume these foods yourself and your light will start to shine so brightly it will make them want to know what has happened to you. Then you, like me, will stop being afraid of being sick, for you will know wellness so clearly that nothing can shake you. You will know that if you do experience something, your body can handle it and help you heal or not get sick at all. It's an extraordinary way to live and you will stick out like a sore thumb . . . and those who need your truth will ask you for help.   Lives Touched Stories

"A man convinced against his will is of the same opinion still." Benjamin Franklin

Your Body Is Designed To Fight — For Your Wellness 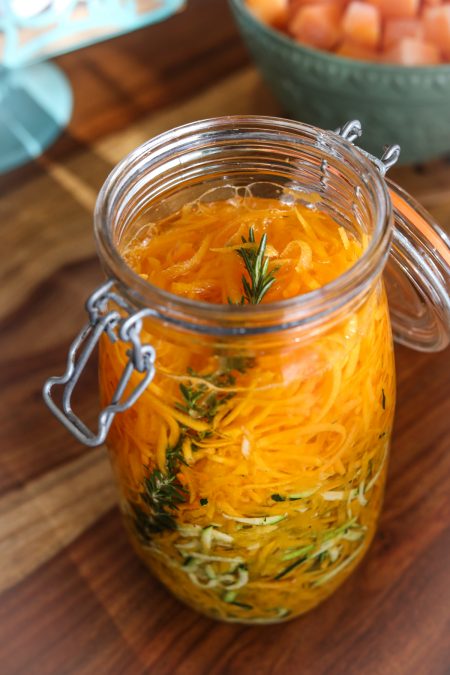 Good bacteria act as microscopic bouncers for the bowels, letting in desirable nutrients and slamming the door on dangerous viruses and killer bugs. Without bacteria, you couldn’t digest any food. But digestion is only part of what these high achievers accomplish. They also help power 60-70 percent of the body’s immune system. The bottom line is that we would be dead without bacteria and their special abilities to keep us healthy every day. Your trillions of good bacteria that comprise your body spend their days destroying some of their harmful cousins that are bad bacteria. They also pick through undigested foods and micromanage calories and make some vitamins and essential nutrients for you, but that's not all they do.

Fighting Off Pathogens and Viruses

So, what exactly is going on inside of you that can determine whether you get sick or not? Your body is designed to fight pathogens and viruses. A virus is wandering around looking for a human host to infect; and when it finds one, your body has special helpers designed to seek and destroy this invader. The superstar bacteria in cultured vegetables is called Lactobacillus plantarum (L. plantarum). It is extremely hardy, survives stomach acid with ease, and can make the full trip from your mouth – to intestines – to the colon – to colonize you in a powerful way. L. plantarum is a welcome guest that works mightily for you by fiercely attacking pathogenic (bad) bacteria in your body. It will strengthen your good bacteria by killing the bad guys. Then it helps your own good bacteria grow stronger, and helps it to be more resistant to future invasions of pathogens. It's important to note that this is a transient bacteria which means it will only last a few days in the body so it's important to consume it often.

These good bacteria in the gut influence the strength of the immune system by increasing the number of T cells. There are two kinds of T cells: killers and helpers. Killer T cells find and destroy infected cells that have been turned into viruses making communities. Helper T cells don’t fight invaders; instead, they are like a military intelligence system. When a helper T cell sends out a chemical message, its matched killer T cell is alerted that a virus is present and seeks to destroy it. Having lots and lots of good bacteria in the gut increases T cell production and keeps communication among all the cells functioning at optimum levels. Signals from these beneficial microbes are essential to keeping the immune system strong so it can seek and destroy a virus or infection. Many people have been on antibiotics which kill the good and bad bacteria, and they have never built up a community of good bacteria in their bodies to fight these pathogens.

You Need The Wisdom In Your Cultured Vegetables 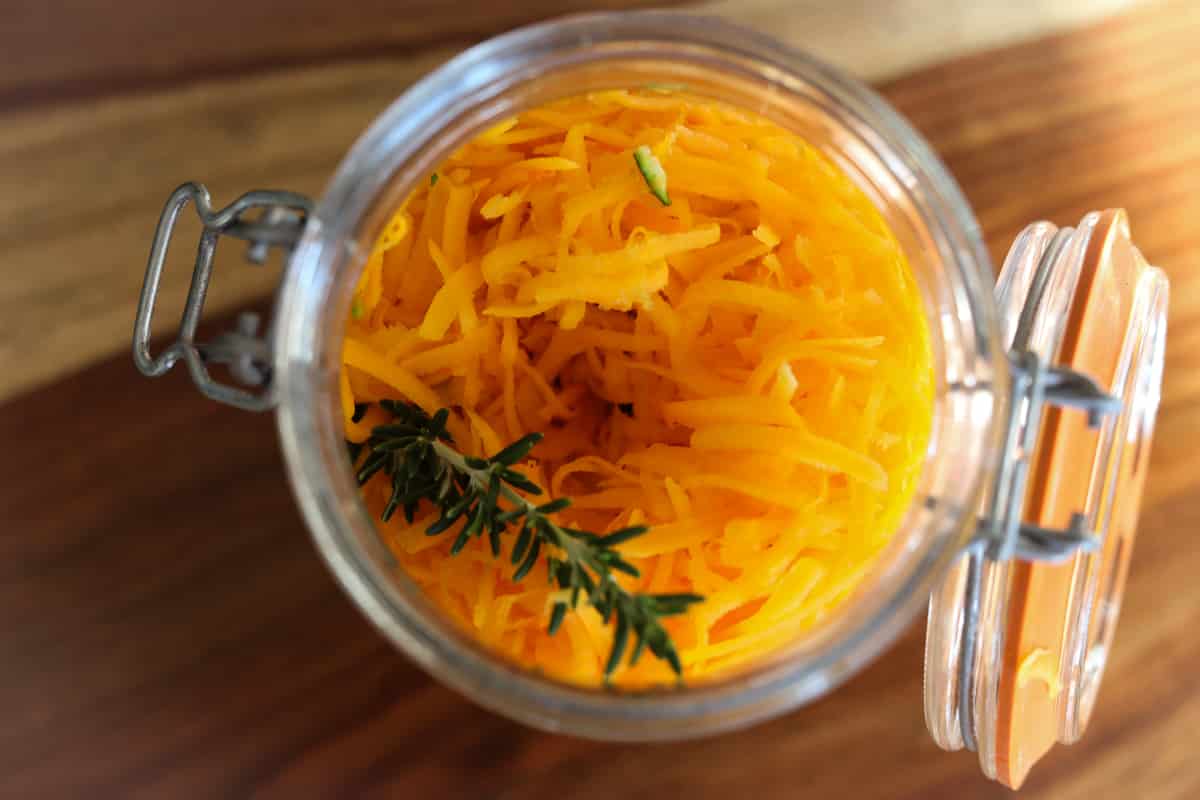 I have created a recipe that I call Wisdom Kraut. Most people think these are just vegetables, but this jar holds all kinds of wisdom. You see, they are finding that not only are cultured foods loaded with tons of vitamin C, minerals, and probiotics galore, but they can actually remove the pesticides on vegetables that are not organic. They are also finding that they help and prevent cancers. [3]Could you ask for anything more than that? Learning these things made me love cultured veggies even more than I already did. They are wise and were put on this earth to help us. All you have to do is make and eat them.

Cultured vegetables have special powers that go far beyond regular vegetables.  I love them and reach for them day after day and in times of special need. They can be powerful food – like medicine – and so I always have several jars in my refrigerator. I encourage you to do this as well; because there will come a time when you will need their help and like me, you will be so thankful you made some. Then you will be convinced of their special abilities and you won’t have to take my word for it.  Everybody knows vegetables are good for you, but cultured veggies go far above regular vegetables. You want a jar in your fridge. You won’t regret it.

If you are reading my blog, then you want to know about these foods. And as the old saying goes . . . when the student is ready - the teacher appears.

All the forces in the world are not so powerful as wisdom that has been discovered by someone who needs it. 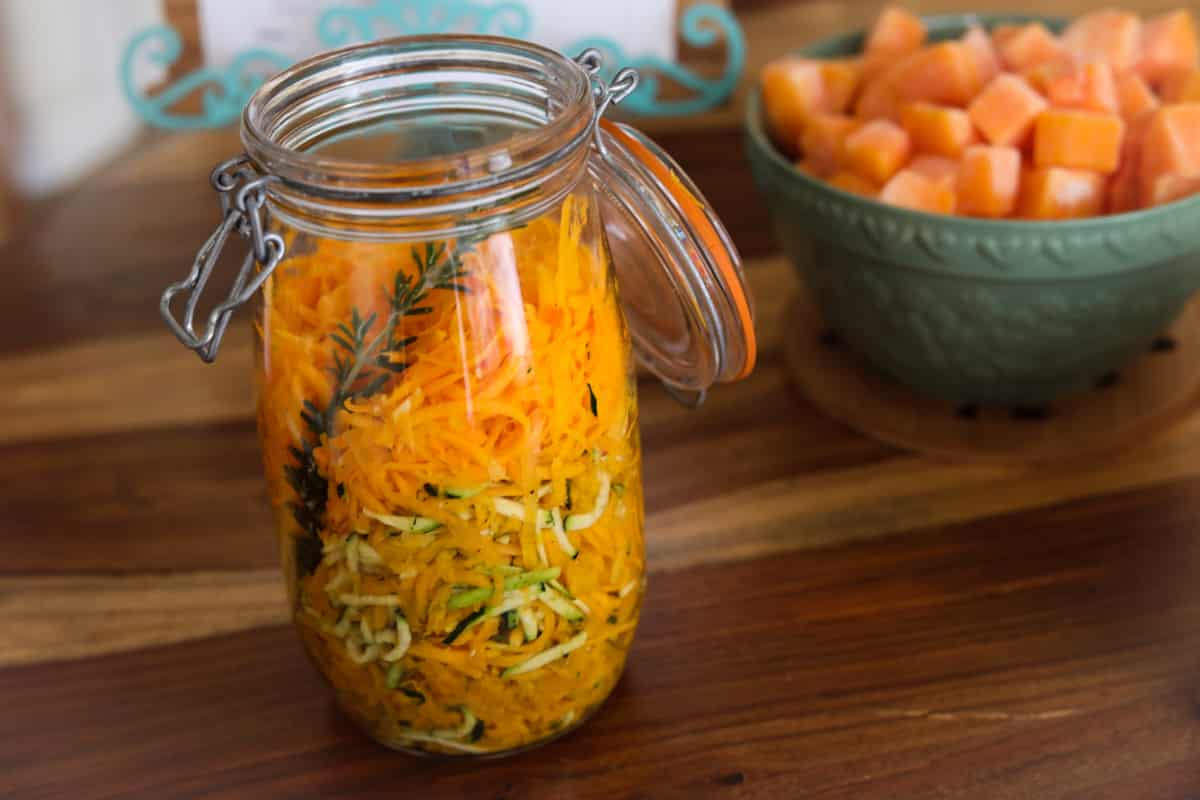 Print Recipe Pin Recipe
Everyone who tastes this describes it differently. Some say that it tastes like bread stuffing or spicy sweet potatoes and even spaghetti. I just don't know how to explain it to you, so you're gonna have to try it and see for yourself.

Storage note: This kraut can be kept in a covered airtight jar in the refrigerator for up to nine months.

For many years people thought I was crazy for eating and making these cultured foods. I didn't care, for I had gone from hoping they would work, to believing, and then to a strong knowing that they would work. Nothing in the whole wide world could now convince me that these foods aren't powerful medicine that will heal and make well. Listen to learn how these foods can help you too.

If you like this, then please share!
Posted in Cultured Vegetables
Sourdough Cinnamon Swirl Bread What is Sourdough Bread?